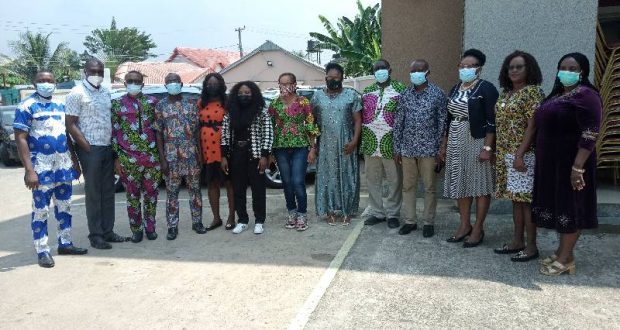 NGO Advocates for Decriminalization of Sex Work In Nigeria

The Greater Women Initiative for Health and Right, GWIHR organization, an umbrella network of community-based sex workers focusing on health, social and human rights of sex workers are demanding for full discrimination of sex work in Nigeria.

Speaking during the Community Stakeholders (COS) quarterly meeting for the PEPFAR Small Grant Project on Friday, July 2nd, at D Angelo Hotel in Uyo, the GWIHR, Executive Director, Aseme Josephine said the organization is seeking to promote social, psychological and economic well-being of sex workers through provision of information, advocacy, education, skills and quality services.

“GWIHR mission is to empower and strengthen the voices of sex workers, advocate for their health, social and human rights including those living with HIV and those using drugs, through collaborations, networking and partnerships. We aim to uplift the status of sex workers through raising awareness of their social, health and human rights, promotion of healthy living, prevention of diseases through advocacy, education, research, information, quality service delivery for improved livelihood and empowerment’’. She explained.

Aseme called on stakeholders in the media community, Ministry of Justice, Human Rights Commission, FIDA, Ministry Of Health, National and State Agency For the Control of AIDS, and other communities of stakeholders in Akwa-Ibom State to join the fight in order to allow sex workers express themselves freely and live in dignity without fear or intimidation.

She explained that GWIHR is a female led community based organization established in the year 2014 with resolved to intervene for the rights and health needs of sex workers and other vulnerable women.

She however noted that the aim of the campaign is to build a society where women live a dignified and healthy life, and reduce mortality among vulnerable women, most especially sex workers. She Disclosed that the financial assistance given to her organization through PEPFAR has impacted more on sex workers in Akwa-Ibom State.

Speaking on the success story recorded by GWIHR team, Aseme explained that they have
embarked on several brothel visitations across the LGAs of the State and selected 10 sex workers who were trained as paralegals.
Assigned the trained paralegals to attend to gender Based violence cases and render human right education services to sex workers in different LGAs of the State.

Others include, designing of IEC materials aimed at creating public awareness/sensitization on breaking the silence and cycles of violence against sex workers.

Identified and selected 22 sex workers across the State who are willing to engage into other alternative skills of learning, as well as
Collaborated with sex workers who are the program beneficiaries and selected 22 professional master trainers for the Income Generating Activity (IGA) training.

Previous: Nnamdi kanu was not arrested in Uk– British Govt
Next: Obasanjo To Form A New Party As Alternative To PDP, APC Ahead Of 2023