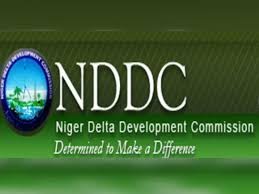 The Niger Delta Movement for Peace and Justice- a frontline Civil Rights organization in the Country strongly align with the people of the region to call on Mr President to as a matter of urgent public importance inaugurate the Governing Board duly screened and confirmed by the Senate of the Federal Republic of Nigeria.
It is disheartening and undemocratic to hear that the Senate is contemplating another screening of NDDC nominees which is contrary to the Parliamentary procedure and practice. We hope that the Senate would not fall to this abuse of democratic principles.

The Movement appeal to President Buhari to hearken to the voice of the people of the Niger Delta yearning for the urgent inauguration of the Members nominated for appointment by President Muhammadu Buhari,which was duly screened and confirmed by the National Assembly into the Board of Niger Delta Development Commission, NDDC.

In a statement issued by the National Co-ordinator of Niger Delta Movement for Peace and Justice, Comrade Etifit Nkereuwem and made available
to newsmen, said the inauguration of the NDDC Board has generated too many issues in the region with the tendency to ignite ethnic crises within the region.

The statement reads in part “Many issues in the social media are not pleasing, thank God everything is being handled maturely and we hope Mr President will do the needful by inaugurating the already screened and confirmed Board members,” the group stated.

He urge the federal Government to reward peaceful citizens who are law abiding by encouraging with dividends of democracy and also address their demands and agitations for meaningful survival.

The Movement advised that Mr President will make mockery of his administration to shop for new nominees when the ones already nominated were duly screened and confirmed by the Senate are there. It will appear you bow to pressure of some selfish individuals in the Niger Delta to ignore and go back to tinker with the Board that has been constituted, awaiting swearing in .

This has never happened in the history of democracy in Nigeria. No President has had his screened and confirmed nominees replaced even before they were sworn in. The National Assembly has honoured you by carrying out their legitimate duties by screening and confirming them.

We therefore call on Mr President to go ahead and inaugurate the Board as a democrat, principled politician and Man of proven integrity.

Notably, it is within the purview of the office of Mr President to appoint, after which the National Assembly screens and confirms them.
“We urge Mr President to conclude the process by inaugurating the Board already confirmed by NASS to diffuse the divide and rule process already being applied by some agents of your government whose intention is to cause chaos in the region.”