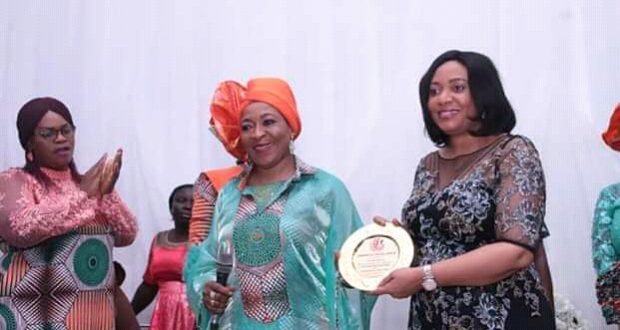 It was a moment of glitz and glamour when members of the Nigeria Association of Women Journalists (NAWOJ) across the 36 states of the federation and the FCT gathered at the nation’s capital to celebrate the 30th Anniversary of the Association.

At the ceremony, outstanding women who have used their positions of authority to better the lives of women, youths and children were honoured with Awards.

In her remarks, Mrs. Martha Emmanuel acknowledged women journalists as catalysts for positive change and urged journalists in Nigeria, especially the women to always abhor dissemination of fake news, which seems to be on the increase.

Mrs. Emmanuel further charged women journalists to be the voices that will amplify the cause of those who are vulnerables, especially in rural communities across the country.

She specifically appreciated NAWOJ in Akwa Ibom State for extending a willing hand of partnership to her pet project—–Family Empowerment and Youth Reorientation Path-initiative— which is interested in developing families across the state.

NAWOJ was established on 14th September, 1989 to serve as a rallying point for Nigerian female journalists and also serve as a non governmental organisation saddled with the responsibility of the welfare and interest of women and children in the society.

Previous: Gov Udom Commends Uyo Vc On Philanthropic Gesture As He Unveiled Civic Center And One Bedroom Bungalow For A Widow.
Next: Appeal Court Judgement: Group Celebrates Their Grand Patron, Governor Emmanuel And Wife Over Victory.