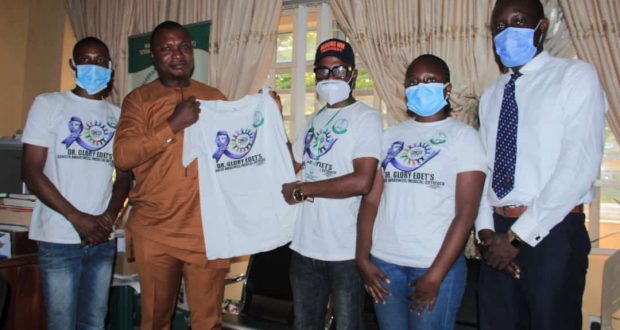 Speaking at the 2021 edition of World Cancer Day,(WCD) which has as it Theme; I am and I will, Utomobong Udo the president of the student Doctors in the state said Cancer, is the second leading cause of death globally, explained it to mean uncontrolled growth of a group of cells in the body. Which can occur at any age, if not detected at the right time and not treated can increase the risk of death.

In an interviewed with Dr. Ime Udoh Chairman, Nigeria Medical Association NMA, Akwa Ibom State. He explained that World Cancer Day, celebrated on February 4th yearly, is an initiative of the Union for International Cancer Control (UICC) and is marked by countries all around the world.

Dr. Udoh noted that the aim of the day was to save millions of preventable deaths each year by raising awareness and education about cancer and putting pressure on governments and individuals across the world to take action against the disease. He called on government to increased awareness of the disease provide adequate funding to improve healthcare services in Nigeria.

On his part Dr. Abraham Asuquo Anlack. Chairman NMA National Committee on health promotion , explained that the best way to prevent the disease is early diagnosis which according to him can help reduce deaths from cancer-related illnesses.

Anlack appealed to the media to tell positive stories from cancer patients and survivors by amplifying the message that cancer can be overcome through early diagnosis, appropriate treatment, care and support.

The two medical experts lauded Dr Glory Edet for identifying with medical students by sponsoring such a wonderful programme, called on other political class, corporate bodies and good spirited individuals to emulate her gesture.