Breaking News
Home / Breaking News / COMMUNIQUE REACHED AT THE END OF THE CONGRESS OF THE NIGERIA UNION OF JOURNALISTS, AKWA IBOM STATE COUNCIL, AT THE PRESS CENTRE, UYO, ON FRIDAY, OCTOBER 25, 2019. 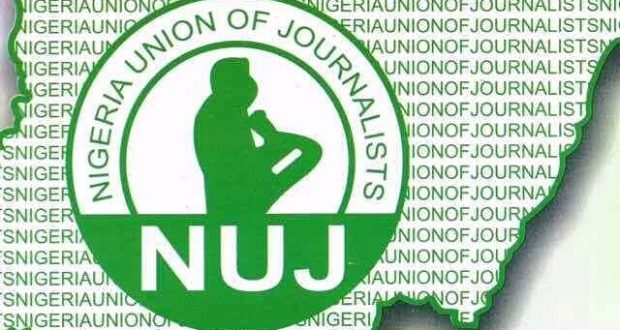 COMMUNIQUE REACHED AT THE END OF THE CONGRESS OF THE NIGERIA UNION OF JOURNALISTS, AKWA IBOM STATE COUNCIL, AT THE PRESS CENTRE, UYO, ON FRIDAY, OCTOBER 25, 2019.

At the end of deliberations on issues affecting the Union and Akwa Ibom State, the Congress, which had in attendance the Vice President, Zone F, Comrade Edward Ogude and Zonal Secretary, Comrade Bassey Eyo, resolved on the following:

1) The Congress commended the Deputy Governor of Akwa Ibom State, Mr. Moses Ekpo for his goodwill message and the Head of Civil Service of Akwa Ibom State, Elder Effiong Essien, who highlighted the initiatives put in place by the State Government for a more efficient service delivery in the Civil Service, while also meeting the needs of workers. The government officials were special guests at the Congress.

2) The Congress adopted the position of the Deputy Governor, Mr. Moses Ekpo, who said that the attack on a renowned Journalist in Nigeria, Mr. Ray Ekpu, by some persons who were not comfortable with what he said at a seminar in Uyo, on Friday, October 18, 2019, was unacceptable.

3) The Congress condemned in no uncertain terms the action of Margaret Ekpedoho, a Magistrate sitting at the Sanitation Court, Uyo, who struck out the suit against Comrade Mary Ekere, after the Akwa Ibom State Government withdrew the charges against the journalist, but asked that the case file be brought back to her and ordered Ekere to delete from her mobile phone, the pictures of officials of Akwa Ibom State Environmental Protection and Waste Management Agency, raiding a shop and manhandling traders in Uyo. In addition, Congress resolved to petition the Chief Judge of Akwa Ibom State, Justice Godwin Abraham over the conduct of the Magistrate.

4) It was also resolved by Congress that there was no going back on the issue of enthroning professionalism, ethical standard and code of conduct in journalism practice in Akwa Ibom State.

5) On the horrendous state of federal roads in Akwa Ibom, Congress called
on the Federal Government to do the needful and save the people of the state the ‘‘trip to hell’’ experience in the name of travelling on any of the federal roads.

6) The Congress frowned at the spate of insecurity in Uyo Metropolis, particularly at night; a development that has forced many Pharmacies to close early, thereby putting the lives of people who might need drugs at night in serious danger. In addition, Congress called on the State Government and relevant security agencies to step up the game at the AKBC Transmitting Station, Ntak Inyang, as the recent attack on Comrade Harrison Essien, a staff of the Corporation, by hoodlums has increased the already long list of attacks in the area.

7) The Congress bemoaned the flooding of some areas in the State, which in some cases resulted in huge loss of property and urged the State Government to assist the victims and initiate an action plan to curb the menace.

8) The Congress commended the State Government for intervening in the erosion spot that is threatening a section of Calabar-Itu Road at Ntak Inyang, Itu Local Government Area and urged the Federal Government to support Akwa Ibom State with Ecological Funds to fight the menace of erosion.

9) On the poor power situation in Akwa Ibom, Congress declared its support to the State Government’s plan to float a power distribution company, as hinted by Governor Udom Emmanuel at the recent media chat in Uyo.

10) While Congress lauded the efforts of the State Government in the area of workers’ welfare as highlighted by the Head of Civil Service of Akwa Ibom State, it however, expressed deep concern over the non-payment of the 22 per cent Weigh-In Allowance for journalists working in government-owned media establishments, even as media workers in Rivers, Delta, Edo and Bayelsa States have enjoyed this package.

11) On the 2020 Budget for Akwa Ibom, the Congress called on the Akwa Ibom State House of Assembly to look into the low budgetary provisions for critical areas, such as education and rural development.