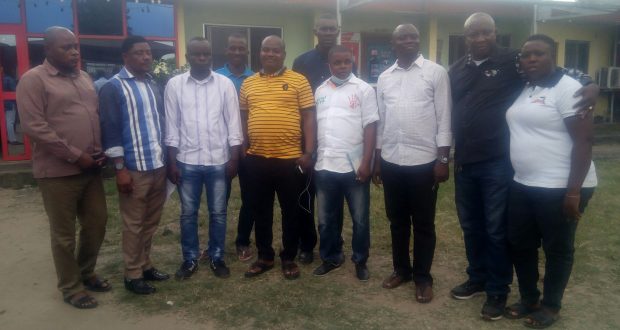 The Akwa Ibom State Ministry of Transport and Solid Minerals is to streamlined tricycle (keke) operation for more efficiency and hitch-free operation in the days ahead for the  benefit of  both the operator and the government.

Chairman of Tricycle Owners Association of Nigeria (TOAN) in the State, Comrade Effiong Etim Effiong drop the hint on Wednesday, January 13, during a meeting with the entire State Executive members of the four government approved tricycle unions at G-Park, Ikot Ekpene Road, Uyo to keep them abreast of government’s decision, cross polinate ideas and find the way forward.
Comrade Effiong Effiong who doubles as the Chairman of Keke Unions Chairmen in the State took other executive members on the latest guidelines and mode of operation  handed down by the Ministry with regards to obeying the laid down rules and imparting same to their members who daily ply the roads.
Comrade Effiong who disclosed that the Monitoring and Compliance Unit is to be completely rebranded with a new color said the new task force men are not coming to harass operators but to solely ensure and enforce compliance as regards the buying of daily tickets of #200 and Union sticker where necessary.
He highlighted that operators on being approached by a team are expected to display their ticket, sticker or union ID Card, stressing that anything short should be reported to the union leader or at the former AKTC Report/Info Desk.

Effiong further explained that on displaying all that has been mentioned above and the operator’s tricycle is still seized and taken away from the owner, it therefore become imperative to make a report.
He said on no account will an operator’s tricycle be taken hold of once he has bought his daily ticket or have his union sticker pasted on his tricycle.

The TOAN Chairman consequently advised every tricycle operator to free himself from constant harassment by registering  with one of the four approved keke unions in the State, ensure they acquire their daily tickets to avoid being harassed by the task force men and operate within government laid down guidelines.
On whether the police or traffic warden could arrest an operator, Comrade Effiong Effiong said no, except on the basis of vehicle particulars which has expired, revealing that Keke leaders had met with the State Police Commissioner who affirmed that his men’s duty singularly on the road was that of checking criminality and curbing same alongside ensuring a free-flow of traffic on the highways.

He listed the Transport Ministry expectations from tricycle operators to include, having a spare tyre at all times, ensuring an operator’s trafficator is in order, obeying traffic rules and signals, explaining that once all these are adhered to, an operator was good to go.
Also speaking, Keke Owners and Riders Association (KORA) Chairman, Comrade Jeremiah Eseme said the meeting was intended to unite the unions towards achieving a common goal.
Comr. Eseme stressed that it was necessary for a meeting of such to be held quarterly to discuss issues which will enhanced their growth.

Chairman of Akwa Ibom Tricycle Association (AKTA) and his Tricycle Owners Foundation Forum (TOFF) counterpart,  Comrade Anthony Etuk and Imoke Affia respectively, both affirmed the new policies, describing it as the way to go.
A vote of confidence was passed on the Hon. Commissioner for Transport and Solid Minerals, Chief Uno Etim Uno and the Union leaders by Comrade Iboro Etim while Comr. Emmanuel Edet Bassey seconded and then adjourned.