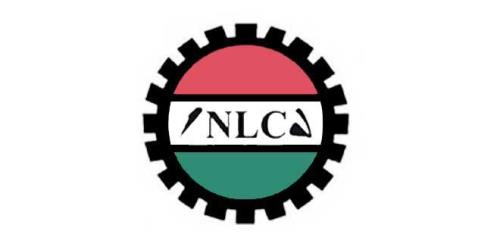 The Nigeria Labour Congress (NLC), Akwa Ibom State Council may soon lunch an industrial action, owing to government’s inability to reach a concrete agreement on the template to which it will implement the new minimum wage.

Labour leaders in the state have quickly made known their positions, saying government is not sincere in its intentions to pay the minimum wage.

The manner at which the government issued a release on Tuesday night, announcing its decision to pay the N30 thousand minimum wage, without details of its adopted template has attracted public opium.

According to a release dated January 21, 2019 and signed by the Akwa Ibom State head of civil service, Elder Effiong Essien, “Governor Udom Emmanuel has adopted and approved the payment of the New Minimum Wage with the Federal Government Negotiated Consequential adjustment percentages increase with effect from January, 2020 and with one (1) month arrears of the New Minimum Wage to be paid in subsequent months, after January”.

Speaking to this reporter, the acting Secretary of NLC in the state, Comrade Iboro Ibara stated that negotiations for implementation has not been concluded.

Comrade Ibara noted that after government could not stay through negotiations on harmonization of pensions, short fall on grade levels 7 to 14 and many others, it rushed to announcing the implementation without a feasible conclusion.

“The publication is a scam. Everything about this government is a scam and we cannot allow this to happen”, he said.

Also speaking, a state executive member of NLC described the development as a big joke which portrays the Udom Emmanuel administration as a one-man show, capable of plunging the labour force into serious industrial crisis.

“As usual, he is a big joker as negotiations are inconclusive. Other state published the agreement with press release.

“The negotiation has not been concluded and Labour did not sign any agreement with Government. This is a unilateral action by Government and it is not done anywhere.

“The Nigerian Labour Laws provide for wages to be fixed via collective bargaining in line with Conventions 87 and 89 of the ILO (International Labour Organization) which Nigeria had since ratified.

“The arbitrariness exhibited by the Government in this instance as in others, speaks volumes about a regime that is fast becoming a one-man show. It also reveals an inherent contempt for freedom of the workplace which is a critical plank of democratic societies, as well as the fact that serious deficits exist in terms of capacity on the part of the administrators of the bureaucracy.

“By this action, the Government is unwittingly igniting an industrial crisis of unmanageable proportions. Enough is enough. It is a private sector rascality brought into public governance. This must not be allowed to thrive”, he said.

It would be recalled that the federal government of Nigeria led by Muhammadu Buhari had signed the national minimum wage into law on Thursday, April 19, 2019 with the guidelines worked out in October, 2019.

In an interview with Punch in October 2019, the acting President of NLC, Amaechi Asuguni had warned that organised labour would not take it lightly with any state that fails to implement the minimum wage as was signed by President Buhari.

Meanwhile, attempts to speak with the state’s NLC chairman, Comrade Sunny James was unsuccessful as his working lines were perpetually unreachable.