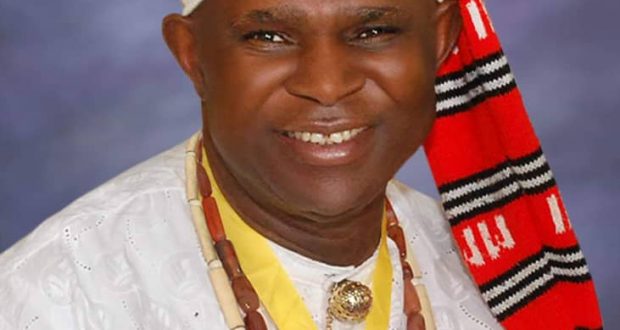 Mboho Mkparawa Ibibio, the foremost socio- cultural organisation of Ibibio extraction, the fourth largest ethnic nationality in the country has re- strengthened its leadership machinery with the election of Akparawa Iniabasi Ekanem to fill the vacant position of Vice President two of the organisation.

In a keenly contested delegates’ election which took place at the International Secretariat of the organisation, Udo Udoma house in Uyo, the Akwa Ibom State capital, Akparawa Ekanem garnered eighty votes against fifty one by his fellow contestant, Akparawa Anthony Okure.

Speaking before administering the oath of office on Akparawa Ekanem, the International President of Mboho, Akparawa (Obong) Patrick Udofia expressed joy at the peaceful and successful conduct of the polls, adding that with the election, the presidential tripod of the tenth International Executive Council of Mboho has been fully reconstituted and further strengthened to continually provide focused and visionary leadership to the organisation.

Akparawa Udofia was full of thanks to the Akparawa Nse Ubeh led Electoral Committee for delivering what everyone adjudged as a free, fair and credible election.

To the delegates, the International President said ‘I want to specially express my appreciation to the bench, my executive council and all members of the central working committee for the support and high level of decorum and maturity exhibited during and after the election’.

Delighted at the sportsmanship spirit demonstrated by the contestants following the announcement of the result, Obong Udofia said he was not surprised as the election was a no victor, no vanquish contest between two brothers.

The International president used the opportunity to remind the newly elected vice president two to see his election as a demonstration of the confidence members have in him and a call to higher service in the overall interest of Mboho, Ibibio race, Akwa Ibom State and Nigeria at large.

Also speaking, a past International president of the organisation, Akparawa (Dr) Okon Emah while congratulating Akparawa Ekanem on his emergence, appealed to him to bring his wealth of experience and reach to bear as he teams up with the president to take Mboho to higher heights.

Responding, the new International vice president two, Akparawa Iniabasi Ekanem reiterated his commitment to uphold the founding ethos, ideologies and principles of Mboho, promising that in line with the motto of the organisation, ‘Oneness for Service’, he will offer himself selflessly to the group through constructive ideas, advice and inputs to Mr President.

Akparawa Iniabasi Ekanem, himself the current Chairman of Onna Local Government Area and member of Calabar Chapter of Mboho Mkparawa Ibibio joined the organisation in 1989, where he served in various capacities and until his recent election, was one of the senior personal aides to the tenth International president.