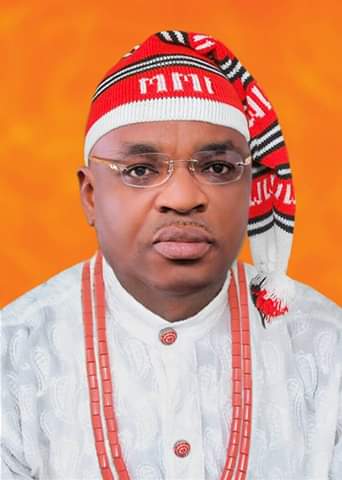 The foremost socio-cultural Organisation in Akwa Ibom State, the Mboho Mkparawa Ibibio, has expressed her unreserved appreciation to the Governor of Akwa Ibom State, His Excellency, Deacon Udom Emmanuel, on the recent appointment of her International President, Akparawa (Obong) Patrick Edwin Udofia, as the Senior Special Assistant to the Governor on Inter socio-cultural activities .

The group made this known during her recent Executive Council meeting held on Monday, November 25, 2019, at the International Headquartres of theOrganisation, Udo Udoma Avenue, Uyo. The EXCO members, on behalf of the entire membership of the Mboho, commend the Governor for making right choices by appointing the best brains to work with him in the governance of the State.
Making this public after the EXCO meeting, the International Public Relations Officer of the Organisation, Akparawa Tony Gabriel Effiong, KSJ, explained that the body is quite satisfied with the leadership qualities of Akparawa Patrick Udofia, as the Mboho has witnessed tremendous growth within his short stay in office as the International President. He stressed that right from inception of this administration, the International President has displayed high level of dexterity and has worked assiduously to integrate global interaction among all Chapters of the Organisation globally. Akparawa (Sir) Effiong maintained that Obong Udofia is one of the best gifts to MMI in this generation; in view of his enormous physical, financial and all round sacrifices, contributions and achievements.

Consequently, the executive arm of the Organisation has passed a vote of confidence on the International President, Akparawa Patrick E. Udofia; while also congratulating him for raising the bar of leadership in Mboho and working to make the Organisation the cynosure and bride of all.

The other appointee is the President of Mkpadiak Obolo, who is the forum’s Director of information.

In a related development, the Mboho Mkparawa Ibibio, through the information organ of the Organisation, has further appealed to Governor Udom Emmanuel to appoint more of the Mboho members into his cabinet, as the Mboho is a training ground which has moulded enough people of his kind, who are rare and will not work for their own personal aggrandizement; but, for the good of Akwa Ibom State; in terms of service delivery.
He further thanked the Governor for his industrialization drive in the State; adding that with Deacon Udom Emmanuel as the Governor of Akwa Ibom State, people are in safe hands.

The Organisation has also assured Governor Udom Emmanuel and their 10th International President, Akparawa (Õbōñ) Patrick Udofia, of their unalloyed support in making Akwa Ibom an industrialised State as well as a choice destination for all.

Previous: MESSAGE OF FELICITATIONS
Next: Gov Udom’s Aide Charged Media Professionals On Objectivity, As He Played Host To Sensor Chapel.