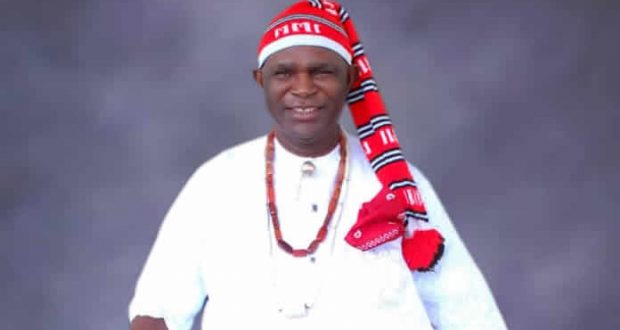 Proposed Ruga settlements and other issues – Our Position

A foremost socio cultural organization in Southern Nigeria, made up of youths of Ibibio (unarguably the fourth largest ethnic group in Nigeria) has followed with keen interest discussions, arguments and positions taken by different groups representing various ethnic nationalities in the country, regarding the suspended RUGA settlements proposed by the Federal Government in all states of the Federation, for the benefit of Fulani herdsmen. RUGA is an acronym for Rural Grazing Area.
After wide consultations within the different levels of authority in our organization, we hereby state our position as follows: 1. We join all well-meaning Nigerians and groups to commend President Muhamadu Buhari for promptly responding to public outcry against the proposed settlements and ordering its immediate suspension.

2. It is, however, our belief and conviction and we demand that the project should be out-rightly cancelled as the policy smacks of serious insult to the sensibilities of peace loving Nigerians who view it as a deprivation of their ancestral inheritance handed over by many generations.

3. Again, cattle rearing is just one form of business pursued by individuals predominantly Fulanis and the Federal Government should not be involved.

4. Also, there is no report that Fulanis who have lived in various states in Northern Nigeria for centuries are clamouring to be relocated to new abodes. Rather, as stated by various Northern leaders at different times such as Governor Nasir El Rufai of Kaduna State, the Fulanis that the Federal Government is seeking to settle in the proposed RUGA are alleged to be imported population from other countries such as Chad, Niger, Sudan, etc.

5. The proposal is also clearly against the spirit of the United Nations Declaration on the Rights of Indigenous Peoples, as outlined in the various articles particularly Article 8. Two of the sub-sections of the Article frown at – Any action which has the aim or effect of dispossessing them of their lands, territories or resources; any form of forced population transfer which has the aim or effect of violating or undermining any of their rights.

6. We are constrained to swallow Federal Government’s argument that the project is voluntary and meant for the entire country. If this were so, there would be no justification for its suspension since 12 states in the North have already “voluntarily” accepted. We suspect that the project is targeted at the Southern and non-Hausa/Fulani states.

7. It is our firm belief that the Federal Government should consult widely on how to successfully tackle the growing menace of farmers/herdsmen conflict on one hand and the equally growing insecurity situation (kidnapping, killing, rape, armed robbery, communal clashes, etc) in various parts of the country.

8. We condemn in very strong terms the recent statement by the Coalition of Northern Groups on the RUGA project suspension and similar positions adopted by representatives of other ethnic groups and call for restraint on the part of Nigerians and groups at this period of precipice.

9. We note that uncompromising positions by individuals and groups in our dear country can force us into situations and conflicts going on in various parts of the world including Southern Sudan, Bosnia and Rwanda. Therefore, let us avoid act that could lead to another civil war in the country.

10. Against the backdrop of the foregoing, and as alternative to some positions contained herein, Mboho Mkparawa Ibibio, being a major stakeholder in the Nigerian project, hereby calls for the full implementation of the resolutions of the 2014 National Conference which were agreed to by over 400 Nigerians representing all strata of interests in the country.

11. On the other hand, we urge the Federal Government to support a United Nations supervised referendum to determine the continuous existence of Nigeria as a Federation of various ethnic nationalities. A situation where one ethnic group (Fulani) appears to be accorded superior status over others is totally unacceptable.