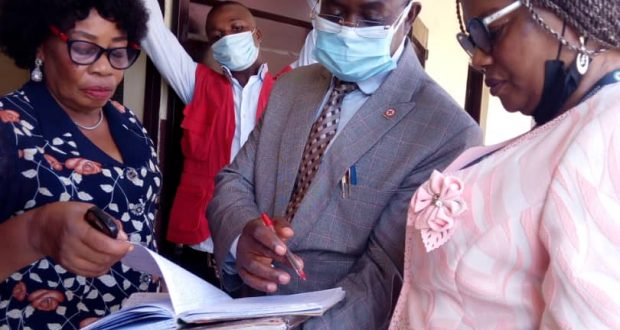 Teachers under Akwa Ibom State employed has been charged to see themselves as best advocates and change agents whose impact cannot be shoved aside.

Udofia who was accompanied by other stakeholders in the sector urged teachers to live up to their professional ethics for their benefit and the benefits of the upcoming generation.

The governor’s aide condemned in strong teams, the attitude of going to school late by teachers as this, he said is inimical to the objective of the state government who had earlier in the year, declared a state of emergency on the educational system with huge investment.

He disclosed that Governor Udom Emmanuel led administration has placed education as its priority with the enormous infrastructure seen across our schools. He noted that the building of new classroom blocks and the renovation of some dilapidated ones Is a crucial element of learning, as it will improve student outcome, and enhance learning.

According to him “If as teachers we fail to adhere to school timetable sets for a particular duration for a certain subject, that time is lost and can never be recovered. Also, remember that the school calendar for each term is specified in the state curriculum and when lost the students suffer the consequences, meanwhile truancy and insubordination will not be spared as adequate sanction awaits defaulters.”

Addressing the vice principles of West Itam secondary school, the team encouraged them to support the principal, work with their conscience and do the best in their assigned duties, while the principal was encouraged to be fair and firm in the discharge of his duties devoid of fear and intimidation.

The principal Mr Isonguyo Ekanem appreciated the team and sued for more of the visits as it will create more influence. At Community secondary commercial school, also, the twelve vices principals were urged to be responsive to their duties, take full authority in their given areas of responsibilities, guide the activities of the students and live by example as. children are prone to doing what is frequently seen in their surroundings. Touching on the mode of dressing and general appearance the SA appealed to Corp members and N-Power teachers to adapt to a proper dress code that suits the academic environment. Among schools visited were Offot Jubilee school , Offot. St Phillip’s Catholic school, Use Offot.