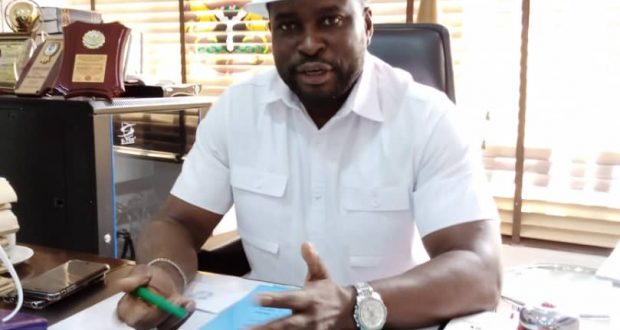 Speaking with journalists in Uyo, the lawmaker said this will naturally put an end to over two decades of communal clashes between Nkari and Usaka, a neighbouring community in Abia State which has led to loss of lives and property.

He noted that ‘the indigenes of the area (Nkari) are now living in fear due to incessant and perpetual attacks. They can no longer go to the farm and market. Movement from one place to another within the area is done with utmost caution, which has brought untold hardship and sufferings upon the indigenes.’

He further said ‘Nkari is blessed with abundant natural resources and hardworking people and is tipped to be pivotal to economic development and advancement of Akwa Ibom State and Nigeria at large, but hampered by the impending crisis that has engulfed all nooks and crannies of the area.’

On several occasions, Rt Hon Bassey said he has reached out to the National Boundary Commission to come for proper demarcation of the boundary, but ‘it seems they are acting in a slow pace which is not good at providing solution to the crises, as there are continuous attacks on the people of Nkari, and they get killed almost on daily basis.’

He, therefore, urge the government to locate the proposed Institution in the area as a means of having a long lasting solution to the perennial impasse.

“It is my belief and conviction that Government will look in this direction and use this opportunity to end the crises once and for all by taking over the land and sitting the Proposed Federal University of Technology there so as to serve as a buffer between the neighbouring communities.,” he concluded.