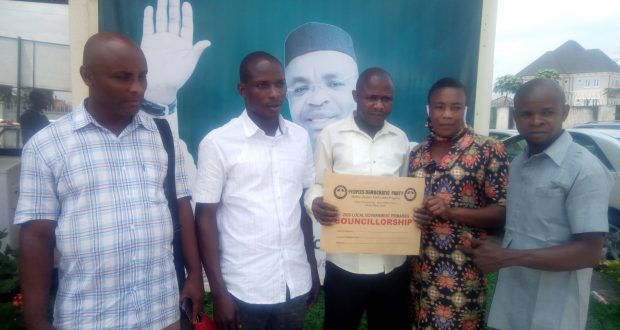 Solomon, who obtained his form, today, at the Peoples Democratic Party (PDP) Secretariat, Uyo, re-echoed his stout determination to serve the his ward and rebrand all sectors of the area and the LG at large.

Solomon hinted that he has served in various leadership positions and is capable of bringing in the desire developments to his community. He added that he’s coming with force to developed the area with speed, having seen the lacuna in previous administration.

He called on the good people of ward five, the newly created ward to give him all needed support to emerge in the upcoming poll.