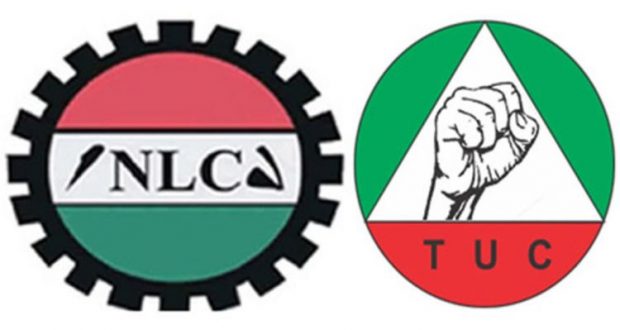 The pressure mounted on both the Nigeria Labour Congress (NLC) and Trade Union Congress (TUC) by petrol marketers, tanker owners and other stakeholders influenced the decision of the unions to reluctantly accept deregulation as a policy.

However, in the spirit of give and take, the Federal Government also accepted to reverse the increment in the electricity tariffs.

The meeting started 8.37pm last night at the banquet hall of Aso Rock on Sunday.

It was gathered that both labour unions will only take a final decision on the matter when it reached concrete agreement with government.

Stakeholders argued that Nigeria is ripe for deregulation especially if she wants to encourage the building of refineries in the country.

The marketers also argued that subsidy has led to mismanagement of the regime, which had led to the mounting unpaid subsidy payment.

Labour had called for strike to protest the increment in fuel prices and electricity tariffs.

In sensitising Nigerian over the weekend, members of the Nigeria Labour Congress and its Trade Union Congress (TUC) counterpart combed major streets of Abuja to distribute leaflets to motorists, market men and women and workers at the weekend explaining the reasons behind the strike and the need for Nigerians to resist alleged neo-liberal policies that demand removal of subsidy on public utilities such as electricity, PMS and water.

This comes as facts are emerging on why labour rebuffed promises of constitution of committees to work out palliatives at the last Friday meeting.

Sources that participated in the parley told The Guardian that the refusal of labour to buy the promise made by the Secretary to the Government of the Federation (SGF), Boss Mustapha, that a committee whose membership will comprise labour and government officers fell on deaf hears because of similar promise that was made in 2016 but never fulfilled as soon as government succeeded in dividing labour then.

Indeed, when the Friday meeting ended at 8.05pm, the labour delegation did not wait to eat the dinner that was provided as they briskly walked into the waiting buses led by NLC President, Ayuba Wabba and TUC President, Quadri Olaleye.

The source said: “When we went for this meeting last week Friday, government came up with the same agenda it used in 2016. But it failed this time as we sat there for more than 45 minutes refusing to say anything and government officials too did not have anything to say. It appeared to us that government does not have any plan beside the 2016 tactics. In 2016, government lashed on the division that arose after the 2015 delegates’ conference which led to the formation of a faction of the NLC, which later metamorphosed into United Labour Congress (ULC), which had NUPENG and NUEE as foundation members.

“This greatly hampered the capacity of labour to execute a successful protest. The Federal Government reaped bountifully from the crises. But the atmosphere has changed today. The ULC has dissolved into the mainstream NLC while both the President of the defunct ULC, Joe Ajaero is now a deputy president of the NLC and NUPENG now occupies the position of the Vice President.

Now, labour is formidable and speaks with one indissoluble voice. This strike might be the biggest and deadliest we have seen in the history of this country is the pump price is not reversed to N145 per litre and electricity tariff reversed. We know that two steps were part of the condition given by Bretton Wood institution for Nigeria to get more loans.”

Previous: I Am Ready To Work With Obaseki” – Ize-Iyamu
Next: GOVERNOR’S AIDE CALLS ON YOUTH TO EMBRACE ENTREPRENEURSHIP DEVELOPMENT