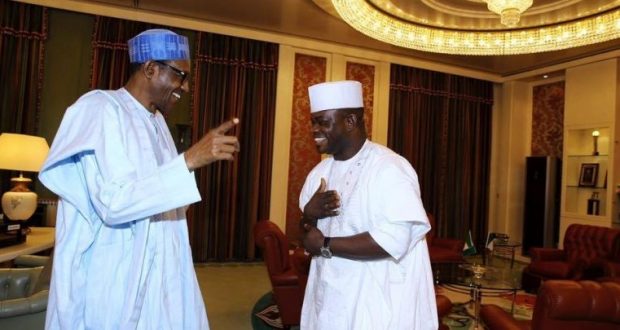 Mr Bello who spoke with  State House Correspondents after he observed the Ju’maat prayer at the Aso Rock mosque on Friday, January 5, said the president would get more votes in Kogi than in Katsina State in 2019.

“I’m sure you’re following us as we’re receiving decampees from PDP and all other political parties. And any time we hold any decamping rally in any local government, you’ll see the mammoth crowd that turns out.

“So, Kogi State has already endorsed President Buhari for the second term. We’re just waiting for the time to come.

“You’re going to see the votes that’ll come out of Kogi State, it’ll dwarf that of Katsina State, I can assure you”, he said.

Previous: Why We Attacked Benue Communities – Herdsmen
Next: Next Post