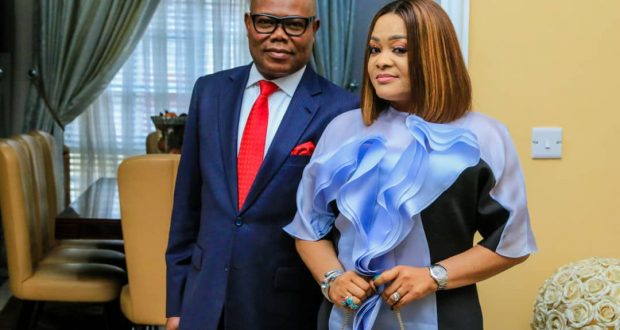 The people of Itu local government area, Thursday rolled out drums to celebrate the reappointment of their son, Hon. Akan Okon into the state executive council by Governor Udom Emmanuel. At a colourful reception ceremony held at the Primary School, Mbak-Itam to receive their son, the people who thanked the Governor for for the appointment, assured the state government of their unflinching support in the next four years to enable the Governor succeed in his Completion agenda for the state. Among senior citizens and stakeholders from the area who spoke at the ceremony, including the Chairman of Itu, Barr. Etetim Onuk represented by the Vice-Chairman, Emem Ekpanya, Paramount Ruler of Itu, Edidem Edet Akpan Inyang, a former Council boss and Ward Leader, Mr. Godwin Ndon, described the return of Akan Okon as good omen for Itu. They were full of appreciation to Governor Udom Emmanuel for rewarding hard work and loyalty in his government. “The Council Chairman in his remarks said “i stand here to appreciate God and Governor Udom Emmanuel for the reappointment of Akan Okon as Commissioner. I believe his second coming would bring greater things to Itu”

Itu Monarch on his part described the Commissioner as a worthy son of Itu who has made the people of the area proud. “Akan Okon adó etí mkpö úrua Also adding his voice, the Permanent Secretary in the Ministry of Special Duties and Aviation Development, Engr. Richard Ekpe described the Commissioner as a goal getter who is committed to delivering on his assigned task.

“He is one man we are proud of. His re appointment is an evidence that he performed well in the previous exco” In his remarks, Mr.Akan Okon who is assigned to the Ministry of Economic Development and Ibom Deep Seaport, thanked the Governor for the confidence reposed in him and promised to discharge his duties effectively inline with the completion agenda of the government. He thanked his people for the warm reception accorded him, and urged them to continue to support the government of Governor Emmanuel. The Commissioner was accompanied by his wife. In attendance were, leadership of the local goverment area, a former Secretary to the state government, Obonganwan Grace Ekong, Councilors, Vice-Chairman of Uyo LGA, Mr. Ukai, cheif tains and members of the PDP, among several other dignitaries.