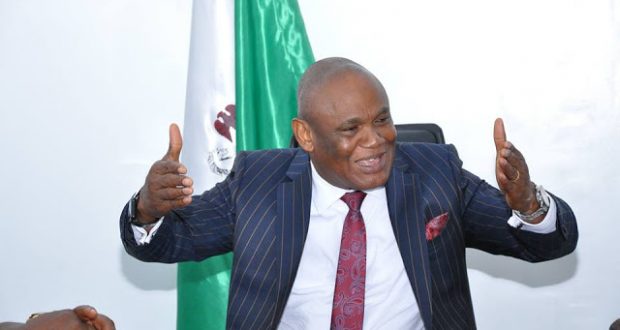 Investigative journalism as we all know before now, has played a crucial role in developing our modern society, it has gone as far as, holding those in the position of authority accountable, as we as providing a voice to the unheard, and platform to the citizenry. Through the relentless pursuit of truth on the part of journalists, light has been shown on the injustices perpetrated by some politicians and illicit activities conducted in the shadows by some members of the public, as well as, bringing these persons involved in these  illicit activities  to justice.
Unfortunately, stomach journalism has continued apace in our society today. The increased propaganda on the part of money consciousness journalists has developed alongside professional ethics decline among media practitioners in our society today. This indeed, has affected their ability to invest in these long-term investigations.
Against this backdrop, the Grand Patron of Nigeria Union of Journalists NUJ, Zone F (South South), Akparawa Ephraim Inyang-eyen, while attending the maiden edition of the Akwa Ibom State Council of the Nigeria Union of Journalists congress of the year 2018, yesterday, Thursday, January 25, held at the NUJ Press Centre, Information Drive, Uyo, has perceived and suggested a model of investigative journalism, based on ethics and social decorum.
Akparawa Ephraim Inyangeyen, who is Akwa Ibom state Honourable Commissioner for Works, posited that, journalists in Akwa Ibom can affect positive change by practicing investigative journalism and follow old-fashioned reporting as exemplified by Ore Ekpu, Dele Kiwa among other old journalists by having access to vast amounts of information. According to him, by so doing there would be greater impacts for justice, accountability, and transparency as the Nigeria Union of Journalistsin in this part of the country leads the charge in a new era for investigative journalism.
He said that, with misinformation being spread, and honest debate being challenged by the rise of hate speech, and the misuse of information leaks, that has threatened the government of the day, led by Governor Udom Emmanuel, and the privacy of the innocent citizenry, citing an instances, where an innocent valuer was blackmail in Uruan local government area for venturing to work for the government, Inyangeyen continued, there is need for media organizations to increase the scope of their role as watchdogs of our society.
Commissioner Inyangeyen said that, he is proud to be supportive to the mission of Akwa Ibom state NUJ, and promised to help strengthen and expand the work of the Union by contributing to the infrastructure expansion of the Union, particularly, the Akwa Ibom state NUJ office complex, saying he is looking forward to working with NUJ as it scales its model of information-driven and investigative journalism. He however, thanked NUJ members for choosing him the Grand Patron of the Union.
Speaking on the achievements of his Ministry, the Ministry of Works, in the last two years plus, and the numbers and magnitude of road infrastructure projects executed under his watch, Commissioner Inyangeyen told the Akwa Ibom state NUJ that, apart from being provided on a vast scale, from available sources such as government websites,  technology is rapidly evolving to allow for the deep analysis of enormous achievements of this present government.
While urging the journalists in the state to investigate on his claims across the three senatorial districts of the state by visiting these road network themselves, Commissioner Inyangeyen further said that, social media is one of the platforms that has vastly documented the achievements of this administration. He expressed satisfaction over the quality of jobs delivered by indigenous contractors, handling the state’s road projects, and added that, the indigenous contractors have indeed, compete favourably with their foreign counterparts in the delivery of good quality road network for the good people of Akwa Ibom.
Nevertheless, the Works’ boss has commended journalists in Akwa Ibom for their efforts in keeping the people abreast with government programs.  He however, tasked them to be more committed to investigative journalism and shun propaganda that will not add value to the growth and development of Akwa Ibom State, even as he appealed to journalists in the state to use their professional prowess to project the positive image of Akwa Ibom to the outside world.
In his remarks, the State Chairman of the Nigeria Union of Journalists, Akwa Ibom state council, Elder Patrick Albert has described the Works’ Commissioner, Akparawa Ephraim Inyangeyen as a dynamic leader, who has brought massive development to the state through his Ministry, the Ministry of Works. Albert appreciated Commissioner Ephraim Inyangeyen for his ingenuity and prudent management and supervision of road construction projects in the state, and prayed that God reward him and the Governor, Mr. Udom Gabriel Emmanuel.
2018-01-26
dozzier

Previous: Fmr Finance Minister: Ngozi Okonjo Iweala.
Next: Payment of pension, gratuity and other welfare entitlements to our senior citizens is a prime responsibility we must uphold.