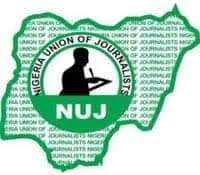 The Chapel, in her monthly congress held last Friday, commended Mr Etuk for his infrastructural renaissance, welfare policy, entrenchment of professionalism, visionary and transparent leadership in the Union.

While making his remarks, Chairman of the Chapel, Comr. Idongesit Akpan said that Mr Etuk is a thoroughbred journalist wealth of knowledge, experience and charisma that has helped repositioning the union.

Akpan added that the NUJ boss has performed beyond expectation in ensuring that journalists in the state carryout their duties creditably without any form of fear of bullying by the government.

Similarly, the Chapel, in recognition of his exhibition of team spirit and loyalty to the administration of Comrade Amos Etuk and his unwavering support to the chapel and its leadership, commended and adopted one of her members, Comrade Anietie Esu for a second term in office as the State Auditor.

During their deliberation, members of the chapel appealed to political parties and aspirants vying for various elective positions in the state to maintain peace, shun hate speech and violence but rather engage in issue-based campaigns before, during and after the 2023 general elections, while calling on youths to avoid being used as thugs or instruments of violence in any part of the state during the forthcoming elections.

Congress tasked journalists to adhere strictly to the journalistic ethics and principles in political reportage in the current season, and urged them to professionally perform their duties by being balanced and refusing to be used by politicians in compromising their professional services to the people.