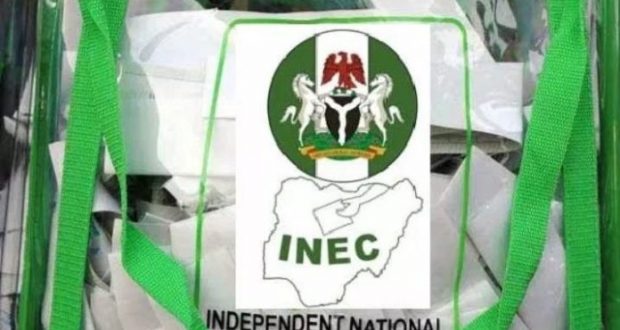 The Independent National Electoral Commission, INEC, has decried the growing number of ‘commercial’ platforms masquerading as political parties in the country.

Subsequently, INEC is proposing alterations to constitutional provisions regarding registration and de-registration of political parties in the country as well as timelines for filing some pre-election cases.

This came on a day the runner-up in February’s 23 presidential election, Atiku Abubakar, has denied planning to lead a street protest over the controversy surrounding the election result.

The electoral umpire also announced the registration of Nigeria’s 93rd political party, Boot Party, through the instrumentality of the court, having initially declined to register the political association.

The commission described most of the political platforms as “commercial platforms for hire” in apparent reference to the manner in which tens of political parties usually pledged their allegiances to either of Nigeria’s two major political parties, the All Progressives Congress, APC, and the Peoples Democratic Party, PDP.

INEC National Commissioner in-charge of Information and Voter Education, Barr. Festus Okoye, who stated this during the state-level review of the 2029 general elections in Makurdi weekend, said: “Nigerians must engage in root and branch review of the number of registered parties in Nigeria.

”The presence of too many political parties on our ballot papers has in some instances confused some of our compatriots that are not well endowed in literacy. It has bloated the ballot papers and result sheets and trucking them to the polling units has become a logistics nightmare.

“The commission will present alternatives to the Nigerian people, including alteration of the constitutional regime that ties registration of political parties to visible, verifiable and concrete presence and structures in at least half of the states of the federation.

”The commission will also propose a rational and democratic threshold for getting on the ballot and save the Nigerian people the phenomena of “also ran”.

”The commission will also propose further alteration of the conditions for the de-registration of political parties as the 4th Alteration to the constitution is inadequate to weed out dormant and commercial platforms with little or no visible structures and presence in any of the states of the federation.

”The Nigerian people need political parties that can bid for political power and not mere commercial platforms for hire. The chairman of the Independent National Electoral Commission has flagged off conversation relating to the number and quality of political parties in Nigeria.

“Out of the 11, one (Boot Party) was formally advised that its application failed but later the commission was informed by the Legal Department that the said party has been registered through the instrumentality of the court.

”Additionally, since the conclusion of the 2019 elections, three new associations have applied to be registered as political parties, thus joining the 79 associations that failed initial assessment of the suitability of their proposed names and/or logos.”

The commission also faulted political parties for conducting opaque and flawed primaries which were at the root of the myriads of pre-election matters in various courts.

He said: “The commission believes that the conduct of opaque and flawed party primaries is at the root of the plethora of pre-election matters pending in the various courts.

“The commission believes that this is not healthy for the electoral process. The commission will propose constitutional alteration that aligns the resolution of pre-election issues and the activation of the issuance of Certificates of Return to the 21-day rule in the Electoral Act, 2010(as amended).

”In other words, the commission will not accept the list of nominated candidates that are at variance with the clear intendment of section 87 of the Electoral Act. The commission, therefore, supports the proposition that any political party intending to conduct party primaries shall publish in two national newspapers the date, venue and time for the conduct of the said primaries.

“Guerrilla approach” to the conduct of party primaries has no bearing and no foundation in section 87 of the Electoral Act 2010 (as amended).”

Meanwhile, Atiku Abubakar, who contested the election on the platform of Peoples Democratic Party, PDP, is challenging the victory of President Muhammadu Buhari of the All Progressives Congress, APC, at the election tribunal.

One of his main grounds of contesting the result is that the officially declared result is different from that on the computer server of the Independent National Electoral Commission, INEC, which the electoral commission has denied.

In a statement by his spokesperson, Paul Ibe, Sunday, Abubakar said reports he was planning to lead a protest on the matter was false.

The statement read: ”Our attention has been drawn to a statement circulating in a section of the media, to the effect that Atiku Abubakar, presidential candidate of PDP in the 2019 presidential election and Vice President of Nigeria, 1999-2007 plans to lead a street protest in the event that the election petition tribunal rules against his him and his party on the issue of a server for the Independent National Electoral Commission, INEC.

”I wish to emphatically state that such a statement did not emanate from Atiku Abubakar or his privies. It is the work of mischief makers who want to mar his spotless pro-democratic record and lay the ground work for their threatened actions against him on false charges of being a threat to national security.

”For the avoidance of doubt, Atiku Abubakar believes in the Rule of Law and in the laws of the Federal Republic of Nigeria. In his almost four decades in politics, he has never taken action or spoken words against democracy and will not start now.

”Atiku Abubakar and his team have confidence in God and thus call on those bent on mischief to have the fear of God and retrace their steps.

”Democracy has come to stay in Nigeria. The culture of fear being created now cannot rein in our democracy. Nigeria and Nigerians have a consistent history of outlasting tyranny and will continue to do so by the grace of God.”

Previous: Aptitude test for candidates seeking admission into The University of Calabar for the 2019/2020 Academic Session
Next: Comrade Emman Effiong appointed press secretary to AKHA