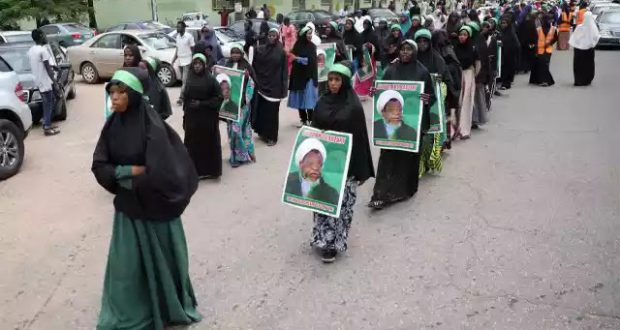 Christian Association of Nigeria, CAN, has said the move by the Federal Government to declare the Islamic Movement in Nigeria, IMN, aka Shi’ites as a terror group was made with impure intentions.

According to CAN, the failure of the government to subject the issue of IMN’s proscription to a rigorous judicial process in order prove beyond doubt that they possessed the qualities of a terror group betrayed its insincerity of purpose.

Barr. Samuel Kwamkur, the Head of CAN’s National and Legal Affairs Directorate said in a chat with Vanguard insisted that it was not enough in the face of law to declare any set of people as terrorists based on mere exparte order.

“We will only speak as responsible religious leaders that the law should take its full course. So, the issue of proscribing them through an exparte application is not enough, because such thing should go through a rigorous court process to confirm that they truly possess the characteristics of a terror group.

“We have seen the damages they have caused to the public and the damages the government has also caused them. The proscription of any group should not be about the might the strong can exercise over the weak.

“Government should treat them fairly. Nigerians should hear that the court has tried Sheikh Ibraheem El-Zakzaky and found him wanting. We should also hear that their matter has been fully tried in court and found that they deserve to be proscribed and labelled as terrorists. We would now know that they have been given fair hearing.

“When you use government might to just take a decision on proscribing any group, it is tantamount to intimidation and hatred for a set of people.”

He also expressed concern over the federal government’s reluctance in declaring armed herdsmen and bandits terrorists but swift to proscribe the Shi’ites.

“We know Nigeria has been battling with a lot of crimes, though perpetrated by armed herders across the country. Many Nigerians have called that does people be proscribed and declared as terrorists but we have not seen government showing any positive desire to even prosecute them not to talk about declaring them a terrorist group.

“So, we are concerned that the issue bothering Nigeria is not handled but the government is quick to deal with issues that discomfiture those in the corridors of power. Some of us disappointed.

“Why can’t the government take decisive measure to deal with kidnappers, bandits and criminals and nip Nigeria’s insecurity in the bud? We feel there is no sincerity of purpose in the proscription of the Shi’ites.”

Previous: Gambian Soldier Testify Ex-President Jammeh Ordered Murder Of Nigerian Migrants.
Next: Governor El-Rufai pledges to sponsor the education of Almajiri boy who doesn’t like to beg from primary school till University