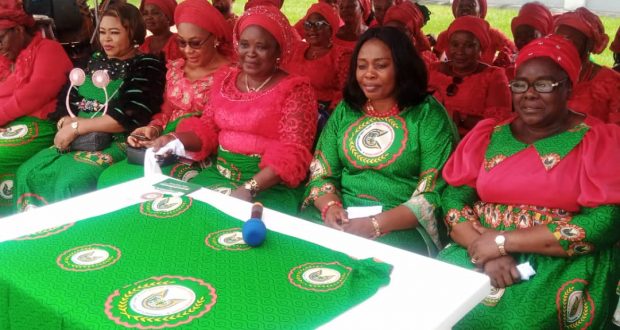 Women under the aegis of Ikot Ekpene Senatorial District Women Forum (ISDWF) have reaffirmed their support for the Governor of Akwa Ibom state, Mr. Udom Emmanuel.

The reaffirmation was made by the forum, which was founded fifteen years ago as the first senatorial district women’s forum in the state on Monday, July 5, at the end of a get-together organized by the Commissioner for Agriculture, Dr. Glory Edet, who is also a member of the forum.

In her opening remarks, Dr. Edet lauded the group for its role in the promotion of peace, progress and development of the state and appreciated its members for their effective collaboration with their counterparts from the other two senatorial districts of the state for the overall unity and togetherness of the state.

“As women, we are very proud of our governor, Mr. Udom Emmanuel and we are grateful that he has carried us along in his administration and has accorded us our due recognition”. “We are also grateful for our mother, the wife of the governor, Dr. Martha Udom Emmanuel, who is also a proud daughter of the senatorial district and the most supportive governor’s wife in the country for standing by us throughout all our activities and endeavours”, she added.

In their separate speeches, the president of the group, Honourable Ini-ibehe Silas as well as representatives of the four federal constituencies that make up the senatorial district, Lady Udo Kierian who is the wife of the House Leader, AKHA, the wife of the Vice Chancellor of Akwa Ibom State University (AKSU), Mrs. Nse Essien, a former AKISIEC Chairperson who is currently a member of the Governing Council of AKSU, the Honourable Special Adviser to the Governor on Basic Education, Mrs. Ekemini Umoh, Obonganwan Glory Udo, etc all thanked Governor Udom Emmanuel and his wife for leading the state well and expressed their continued loyalty and support to the present administration.

Highlights of the meeting, which was attended by the wives of past and present members of national and state houses assembly, honourable commissioners, local government council chairmen and other public office holders, were special prayers, dancing and sumptuous refreshment.