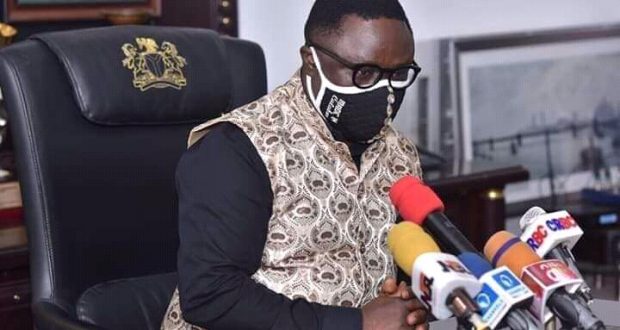 Speaking on the appointment, the executive chairman of Ikono local government council, Hon. Itoro Columba, is quoted to have expressed his delight over the appointment of an Ikono son as the chairman of such a very critical agency in Cross River state. He expressed confidence in the capacity of Bishop Emmah Isong to deliver excellently on his new assignment. He described Bishop Emmah Isong as a God fearing, diligent, hardworking and humble man with a huge dose of integrity . Hon. Columba said that the appointment is a testimony to the fact that any Nigerian, irrespective of place of origin, can rise to greatness anywhere, if merit is the main yardstick.”

Speaking also to our correspondent, an indigene of ikono and state legal adviser of the PDP, Barr. Goddy Umoh, congratulated Bishop Emma Isong whom he described as his ‘brother and friend’. While thanking the government of Cross River state for the appointment, Barr. Umoh described Bishop Isong as a very peaceful man who is very dedicated in God’s work and other endeavours.

Hon. Unwana Ntuen, the councillor representing Ikono ward 2, the home ward of Bishop Emmah Isong in his own reaction described Bishop Isong as a very committed and faithful man of God. He thanked Gov. Ben Ayade for finding his constituent not only suitable to occupy but chair such a sensitive establishment. According to him, “Bishop Emmah Isong is a concerned and dedicated son of Ikono. He acts as an ambassador for us in Cross River State. I strongly believe his appointment will be of mutual benefit to the people of Akwa Ibom State and Cross River state.” In a separate reaction, the councillor of Ward 7 and Chairman, Special Duties committee in the Ikono Legislative council, Hon. Akwaowo Inyang (Jp) described Bishop Isong as a typical Ikono person who is always known for honesty, hard work, intelligence and success. He attributed the appointment to the time tested sense of commitment, transparency and deeply rooted christian virtues of the Bishop. ” This appointment clearly shows that the people of Cross River State and Akwa Ibom state are one people”. He added.

It will be recalled that, recently. Governor Ben Ayade appointed and inaugurated an anti tax agency for Cross River state. The agency according to the governor is to “ensure that the poor masses of Cross River State and the small business owners do not come under the harsh hands of the desperate search for money by tax consultants”. At the emotion laden event, where the governor himself was moved to tears, he said “this is part of my post Covid 19 response. So as part of the post Covid 19 response action plan of Cross River State we are exempting a larger part of the public from tax”.