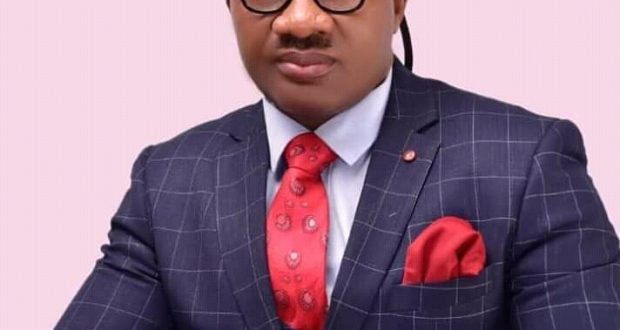 It is no longer news that the Executive Chairman Ikono LGA is serious over his Second term ambition. The train of his consultation has moved very fast.
Hon.Itoro Columba ,Who hails from itak ward11, Ediene Itak Geopolitical zone in Ikono came under a political arrangement that gave him the privilege to be elected Executive Chairman of Ikono.
To what come as a surprised is his strong inclination with Apc Chieftains including the likes of Rt.Hon Victor Udofia, Who was a former member representing Ikono state constituency in the House of Assembly. The Executive chairman first consulted Hon Victor Udofia who hailed from lkono middle which is their turn to produce the next council boss.
Witnessing the Ukana powerful consultation, Hon Itoro Columba in company of Rt.Hon Victor Udofia, consulted Sen. Godswill Akpabio with his brothers with a Big live Cow,Drinks of all sort, 20 tubers of Yam and a cash of N1million pledging in loyalty to the former governor and describing him as a man who made him what he is today politically with promises that he will never let him down as he has always respected and cherished him both day and night.

In what seems to be divided loyalty to the Executive Governor Deacon Udom Emmanuel and his Party the PDP,every sane person understands that sabotage is a big crime against the party guidelines and it negates the tenets and the guiding principles of the party who and her leaders in whose ambience he rode to become the Executive chairman.

There is a saying that no man can serve two Masters, why is the case different with Itoro Columba, Will he not hate one and fall in love with another?
We need peace in Ikono.
We love our Governor and his developmental strides. Our loyalty is for the party and our performing Executive Governor Deacon Udom Emmanuel.
Itoro Columba, has a desperate spirit of turning Ikono into theatre of war, but we are peace loving people.

It is on record that Mr columba has been noted with callous and reckless attitudes right from his days as the transition chairman just as the most recently witnessed executive rascality in ikono last week.

To buttress my fact, below is Victor udofia’s defense of Columba’s rascality last week.

Referring to democratic governance, whether parliamentary or presidential, the organ of government that captures the mind most is the legislature.
Legislature is the place where the public sees democracy in action, in the form of debates, and consideration of motions, resolutions, bills and passing of budgets, in short, making laws.
But the recent odd drama at the Hallow Chamber of Ikono legislature by some Councilors was undemocratic. With due respect to Ikono legislature, its internal self-organisation is a tedious study in the orderly management of greed and chaos. Its internal processes are the political equivalents of police check points. Its policies are like a picture hastily sketched, and never filled in for lack of time and patience. The House leaders are never found reading from the same script, let alone the same page. Its primary pursuit is money as an end and not a means of governance by which development maybe delivered.
Nothing confirms all this better for me than the recent show of shame by some Councilors, to the extent of breaking the symbol of the legislative authority, the “MACE” inorder to prevent the sitting Executive Chairman of Ikono, Hon. Itoro Columba from presenting the 2020 budget for the overall interest of Ikono. Thanks to the likes of Hon. Akamba and Hon. Akwaowo for their show of legislative experience which assisted in the presentation of the budget at last by the Executive Chairman of Ikono. That shameful act left people in the grasp of bitter grief and disabling hopelessness. When I heard of it, I took it like a stuff of fiction, or better put, a play or movie and one title that came to my mind was that beautiful stage play, “A PLAY OF GIANTS”, by foremost playwright, Wole Soyinka. Really, I took it as an incredible tale of power sponsored by external force to ridicule the integrity of the Executive Chairman.
When interviewed, the immediate past member of the State House of Assembly, Rt(Hon) Victor Udofia condemned the act by some Councilors in strong terms noting that, the Executive Chairman has the constitutional right to present budget to the legislature and no legislator has the right to prevent budget presentation.
He said, one of the outstanding features of democratic rule is the existence of the second arm of government, the legislature. He noted that, legislature as the accredited representatives of the people, has the duty of promoting national development through its chain of activities. He explained that, legislature has the mandate and is under obligation to initiate debate and show concern on matters affecting the generality of people.
Expectedly such duties are directed toward reversing declining economy, stabilizing the polity and integrating society with overall aim of enhancing national development.
Victor Udofia who was the two term member of the State House of Assembly said, if a budget is prevented from presentation, where lies the power of the Executive in the execution of projects?
He calls for seminars and retreat for local government legislators for them to be acquainted with legislative proceedings.

I am Ifreke Umoren, writing from Nung udoe Itak.