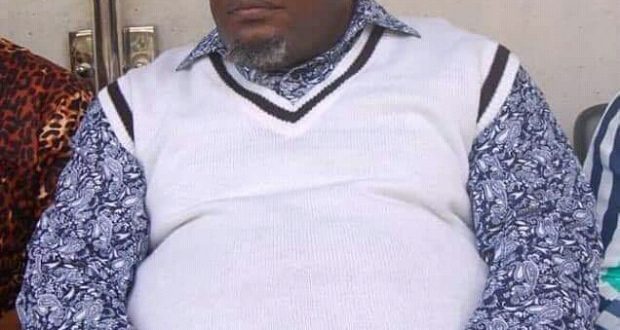 The member representing Nsit Ibom State Constituency in the Akwa Ibom State House of Assembly and former Chairman of Nsit Ibom Local Government Area, Rt. Hon. Ifiok Udoh, has commiserated with the family of the late Rev.(Dr) Glory Umondak on their mother’s demise.

Speaking to newsmen on Friday, April 9, at Lutheran Primary School, Afaha Offiong, Nsit Ibom Local Government Area, venue of the matriarch’s Funeral Service, Rt. Hon. Udoh who described Rev. Dr. Glory Umondak as a community leader and responsible matriarch who catered and brought all of them up, expressed sorrow over the sad development but urged the bereaved family to be consoled by the fact that the deceased led a fulfilled and responsible life which is evident in the quality children she has produced.

The State Assembly man said it was unfortunate that Rev.(Dr) Glory Umodak departed the Earth when her wealth of experience was most needed, describing her departure as a loss to Nsit Ibom in particular and Akwa Ibom in general. ” late matriarch was a disciplinarian of all standard, trustworthy, resourceful and God fearing.”

The lawmaker informed that he was a major beneficiary of Rev. Umondak in that he went through her tutelage which he stressed has ultimately made him successful in life and in his political career and implored God Almighty to rest her soul in His bosom even as he entreated God to give the children and the larger family the strength to bear the irreplaceable loss.

Previous: 2023: NNG Inaugurates State Exco …promises to build Nigeria that works for all
Next: The new General Inspector of Police has released his 12 point agenda for quick implementation: