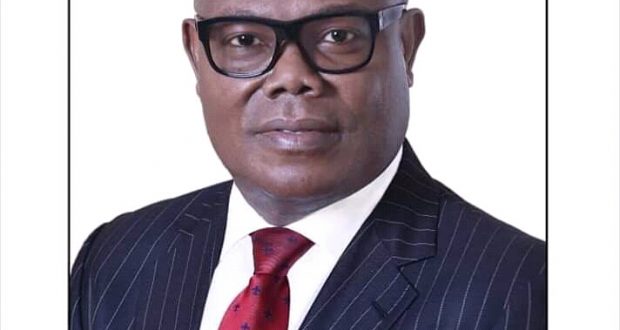 In his efforts in seeing to the actualization of Akwa Ibom mega project, Ibom deep seaport, The Honorable Commissioner for Economic Development and Ibom deep seaport in Akwa Ibom State, Mr. Akan Okon has disclosed that the State Government have cleared all the check list and is now at the final stage of documentation waiting for approval from Federal Executive Council (FEC) for the full commencement of the project.

Okon drop the hint when he was interacting with journalists in Uyo recently, he explained that since port development is on the exclusive legislative list of the federal government, with Nigerian Port Authority been the only agency saddled with the responsibility, the State government had to followed laid down procedures in order not to end in fiasco, equally since the project is a public private partnership (PPP) they are seeking for support from other corporate entities.

The economic pundits, said governor Udom Emmanuel is passionate about developing the state, having seen his tremendous commitments in all the sectors, maintained that the project on completion will make the State a reputable and biggest terminal in Africa and create lost of employment opportunities for the teeming unemployed youths and boost revenue generation for both the state and the Federal government.

Speaking on the relocation of the project to another Area, and why the name is changed from Ibaka seaport to Ibom deep seaport, Mr. Okon stressed that where the project is sited is not an issue as it is within the vicinity, he added that, what the project will bring to the communities and the improvement in the standard of living is most important, as it will drive the the economic transformation and empowerment of all Nigerians, calling on the youth to take advantage of the opportunity by acquiring and upgrading skills that would be needed during the actual construction and operations of the port.

Okon expressed confidence that the project will soon become reality having been awarded to competence hands, Bollore -power China consortium which is the preferred bidder and China harbor engineering company as the reserved bidder, noted that Bollore a French company is well known in shipping business with 18 container terminal across various countries of the world, rank among the top 20 port operators with over four decades of port operation, will provide world class post services to the doorstep of Akwa Ibom State, Giving an insight to the port, the Economic boss said the port is designed to berth a new panamax class vessels with channel depth of 18.24m turning basin, berth depth of 16.72m and quay length of about 7.5km upon completion.