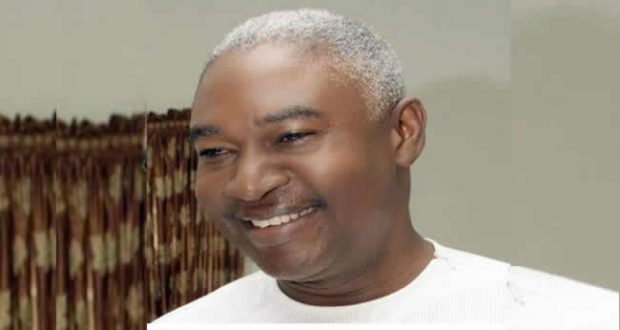 IBOM AIR: Now That We Are Here!

I am an extremely frequent flier, and I have done this consistently right from the days of ADC Airlines. Over the past ten to fifteen years, hardly does a week or two go by that I don’t fly -at least on the local flights. Expectedly, this has exposed me to friendships with airline operators, from the owners, the pilots, the crew, the ground staff, to other frequent fliers. I, therefore, can say with every sense of authority that the airline business is an extremely expensive and sensitive business.
For an airline to be sustainable, it must either have a constant stream of income by way of subvention (if government-owned), or very shrewd and professional approach to management, if privately owned.
It is in the light of this that I have constantly sought to know the ownership structure of Ibom Air. Should it require constant government subvention, I’d like to know the funding model to determine for how long, and how much this government support will last. The time has come when I have taken it up as a personal battle to press home the fact that the state money is as much mine as any other person’s, -including, of course, the governor. I consequently MAKE DEMAND for reports and accountability as a matter of MY CITIZENRY RIGHT.
That stated, cost-benefit analyses would help us to determine how far we can go on any matter as concerning the operational dynamics of the enterprise. If, on the other hand, it is clear that Ibom Air will NOT operate on constant government subvention, then my interest shifts to Returns-On-Investment to enable me manage and put my expectations in perspective.
On general expectations, either as a business or with government support, I’m afraid that I’ve been impressed upon that we have begun on the wrong foot for these reasons:
1. There is too much that is shrouded in secrecy on the business.

2. For a business that thrives on patronage, I can’t see the much effort that has been put into ensuring non-partisan patronage for the airline.


3. After boarding the maiden flight, I came away with the deep concern that many things were wrong, including the take-off date which was announced only a day to commencement of operations. This doesn’t speak well of the proper management of such an expensive and sensitive venture. Despite the low fare, it could be the hurried take-off that would be the explanation for the seeming unimpressive patronage.

4. Another point which left me unsatisfied was the issue of class demarcation. I had insisted severally to my travel agent to do everything possible to get me a business class ticket, having heard rumours that business class tickets were sold out. I was only comforted when informed that the flight was an all-economy flight. I only became aware of the addition of another class – the “ Premium Economy Class”- when boarding the aircraft.

The premium economy class is operated by some international airlines. It is effectively a glorified economy class with marginal increase in care and comfort. It is usually accorded certain exclusive upgrades which include more comfortable sitting arrangements, exclusivity (demarcation)and enhanced food services. Ibom Air literally reverses virtually all of these.

While economy went for N15,000, premium economy was for a whooping N45,000. The premium economy seats are EXACTLY same as that of the economy. There is no demarcation between the premium economy and the economy as there are not even the simple courtesy of ordinary white covers for the seats nor headrest covers. Snacks, not even food, would be served. The only addition was that the PE passengers are entitled to alcohol. I, therefore, found it preposterous to imagine that I’d pay an additional N30,000 to drink a can of beer, or a have a glass of wine.

I, therefore, call on our government and the airline management to understand two things about the business class: STATUS and COMFORT.
In status, the demarcation gives an instant feeling of importance and exclusivity. It massages the egos of the sometimes insecure ‘big man’ passenger that could also be having complex issues.
Comfort is a more general motivation for the business class. For chief executives, they feel shielded from being harassed. They also see the estimated one-hour flight as time to take a nap and, when they are in a hurry, they know they can get some food on air, or ease themselves in relative privacy. All of these do not exist in our dear Ibom Air “Premium Economy’ class.
They should, therefore, probably decide on a populist, low-budget airline to carter for the generality of the people where they could even decide not to provide, but sell snacks to the those that so desired thereby cutting on overheads like Kulula.com in South Africa. The premium economy class could then have snacks served with marginal cost difference on the low economy fare, or just run on standard airline principles while looking for the niche that would make it thrive where the Aeros, Danas and Ariks are hyperventilating and leaving the DMO (Debt Management Office) with the headache of deciding on how to manage their debts.
On management: The rumor that the airline has little room for Akwa Ibom indigenes needs to be addressed head-on as whispers are fast turning into murmurs. The rumours, are offshoots of the inability of government to announce the management structure. True or false, government must come clean. The days of secret governance are gone and gone for good.
Now that we are here, it’s no longer time to handle such topical issues with kid gloves. We must turn the heat on government without being unduly confrontational. A good coach is known and appreciated for the pressure on his team, insisting on discipline and strict adherence to routines and practices. These bring to the fore the best in the players. We have hailed every past administration to destruction. Now is the time to hold government to account – and respectfully so- to ensure our governor finishes his term on a strong note.
Now that we are here, Ibom Air MUST survive, not by clapping and sycophantic praises but through pressure and constructive criticisms.

Previous: JAMB, institutions approve 160 as cut-off mark for 2019 admission
Next: Akpabio and the People