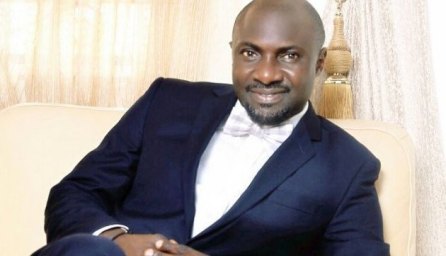 I will Step On Toes – Orman Esin

The commissioner for Transport and Petroleum Resources, Hon Orman Esin has threatened to step on toes of people who are bent on defrauding the government of Akwa Ibom State under the guise of signing contract with the government for the selling of daily ticket to transport operators in Uyo. Hon. Esin made the declaration yesterday while fielding questions from people on Talk Radio Programme with Inspiration FM radio.
The Transport Commissioner stressed that in a very short time the transport sector in the state will be organized while making public the intension of the state government through the Ministry of Transport to establish a motor park in each of the 31 local government areas of the state.
He noted that the MOU signed by the former order did not represent the interest of Akwa Ibom state government  hinting that the consultant was the person printing, selling and monitoring the sales of the ticket at the same time while arguing that you cannot produce, sell and monitor ticket sales at the same time. The transport boss said that there was no transparency in the execution of that contract and that Akwa Ibom state government was shortchanged in the entire transaction.
2017-06-15
dozzier

Previous: How Notorious Kidnapper, Evans Was Caught Like A Chicken After Seven Years Of Hiding
Next: 2019 Fever: Akpabio begs Acting President