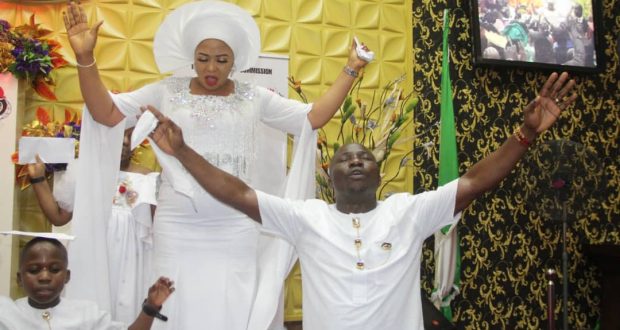 Speaker Akwa Ibom state House of Assembly, Rt. Hon. Aniekan Bassey, member Representing Onna State constituency, Rt. Hon. Essien Nse and other members of the 7th Akwa Ibom State House of Assembly, and other dignitaries were present at Living Faith Church (Winners Chapel) Itiam Edem Akai off Four Lanes, Uyo to thank God for the successful election and Inauguration of Hon. KufreAbasi Edidem, as member representing Itu State constituency in the Akwa Ibom State House of Assembly.
Hon. KufreAbasi said as the one leper he has return to honour the One God that saw him through. With diverse uproars as was prophesied by his pastor. Without money he went with the power of God and he made it stresslessly.

Prominent amongst the attendees were the AKS chairman of the PDP Obong Paul Ekpo , National adviser of the People Democratic Party (PDP) Barr Emmanuel Enoidem, Engr Etido Inyang. Some members of the 7th Akwa Ibom state House of Assembly. Prominent sons and daughters of ITU local government Area, friends and family members to celebrate with him.

Previous: Direct allocations to LGAs begins?
Next: Abiola Invited Abacha To Overthrow Shonekan And Handover To Him After. – SDP Party Chairman