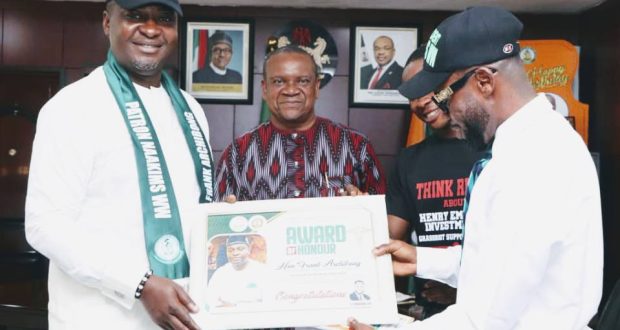 …honoured as patron of NAAKIMS

The Honourable Commissioner, Ministry of Local Government and Chieftaincy Affairs, Akwa Ibom State, Hon.Frank Archibong has described the medical Profesion as a noble and highly respected profession that deserves to be supported. He said that this will be an encouragement to motivate doctors especially when it demands risking their lives to serve others.

The local government and chieftaincy boss gave the commendation on the 1st of Dec., 2021 when the leadership of the National Association of Akwa Ibom Medical Students Worldwide led by The President Comr. Utomobong Udo, paid him a visit in his office, Wellington Bassey, way Uyo,as part of activities to mark and celebrate the association at 20.

Hon Frank Archibong himself, a patron of Akwa Ibom State students Worldwide maintained that the sacrifices made by health professionals especially during the COVID-19 era deserved commendation. He Congratulated the student doctors on the successful celebration of their 20 year anniversary which culminated into a health and academic summit, and Charged the intending health workers to take their studies serious and come out excellence to make the state proud.

He said the Medical profession is a noble profession, and at the same time a calling that does not necessarily require the most brilliant students in the society but rather requires students who are willing to be committed to their studies with a determination to succeed both while in school and after graduation.

NAAKIMS President Comr Utomobong Udo in his address, described HON FRANK ARCHIBONG as a perfect example of a father to the entire Akwa Ibom Students across all sectors and professions.

The President conferred on the Honourable Commissioner an Award of Excellence as the Pillar of Medical Education as well as decorated him as a Patron of the Association. This honour was designated to him by the National Executive Council of the Association in recognition of his outstanding contributions to the success of the association as the association marks her 20 year anniversary.

Present to witness The presentation where The Permanent Secretary Mr Ini Ikie, Chief of Staff to The Honourable Commissioner, Mr Tommy Enodein among others. 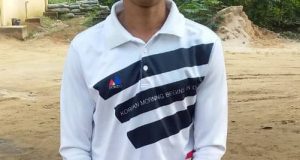