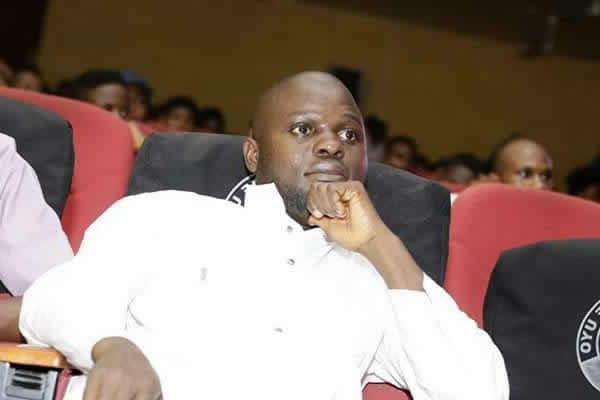 Vince Lombardi an American footballer in one of his quotes said the difference between a successful person and others is not a lack of strength, not a lack of knowledge but rather a lack in will, Inline with what is recorded in 2 Corinthians 8:12 ” for if the willingness is there, the gift is acceptable according to what one has, not according to what he does not have “(NIV).

Like a golden fish which has no hidden Place in the conference of many, you have been identified as a man with the WILL to help and serve humanity at all times without excuses, this can be asserted in various leadership positions you have held.

Being an advocate of good governance, you have  worked tooth and nail to integrate the youths in the scheme of things, helping them realize their potentials as an ardent humanitarian enthusiast. It is not a surprise to many that, having served as house leader, Akwa Ibom state youth parliament, president youth for good governance and development, CEO, centre for youth Development and social justice, Nigerian Representative to ECOWAS youth parliament, member Nigeria youth parliament, National Assembly, Abuja, Chief of staff, African Youth Union commission (AYUC) ,media assistant on Digital Communication to member representing Ikono /Ini in the federal house of Representatives and the latest, your appointment by the Global Youth Parliament as the youth Ambassador which have continue to trail torrent of goodwill from friends across the country as a result of your price of hardwork, diligence and commitment for service.

As a train and certified business administrator from Nnamdi Azikiwe University, Awka, Anambra State, you have distinguish yourself from many because of your dexterity on grassroots sports development, several Award from local and international entities based on your supperlative performance for over a decade now. Politically, you have groom many into independence while others are still undergoing tutelage,  Describing you as a silent achiever is an understatement of fact because your kind are rare and your deeds have already spoken volume of you as a man with heart of gold.

You have engraved your name boldly in the field of mainstream administrators as a guru  who uphold to the ethics of the profession against all odds. Like our former governor, Chief Godwill Obot Akpabio who is tag by many as uncommon achiever across the globe,  your name is becoming a recalling decimal in your home town and gaining traction in some quarters of the State as a seasoned grassroots politician.

Thank you for your strength of character, accommodating spirit and love for humanity. You are indeed an ineluctable assert, a leader worthy of emulation. May God keep and equip you for the tasks ahead.