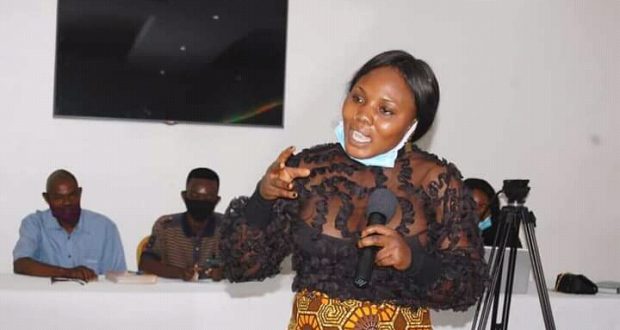 A coalition of NGOs on Friday 30th May, 2021, urged Government at all level to utilise diverse media channels and popular culture as avenues to create awareness and sensitise youths on HIV/AIDS prevention.

The NGOs made the call during a media Roundtable Discussion, held in Uyo on the role of Media in HIV prevention advocacy, organised by the AIDS Vaccine Advocacy Coalition (AVAC) in collaboration with Greater Women Initiative for Health And Right (GWIHR).

According to the NGOs, certain social, economic, political and health challenges in the country will be tackled when government takes advantage of the various media platform in sending out relevant information to members of the public.

Mr Michael Akanji, Key Population Advisor, Nigerian Office of Heartland Alliance International, said that the media is a formidable force that is popularly accepted by the youths who are more at risk of being infected with HIV.

He said that HIV prevalence among adolescents and young people in Akwa Ibom was estimated to be 5.5 percent, which according to him was on the high side. A survey conducted by National AIDS and Reproductive Health.

“Nigeria’s HIV prevalence is more among the young population such as the female sex workers, men who have sex with men and people who inject drugs, most of whom have not been reached.

“Out of the five prevention pillars of HIV, Nigeria picked four which include prevention among young persons, key population, provision of condoms and Pre-exposure Prophylaxis (PrEP).

“I call on government and donor agencies, to work with the National Orientation Agency to harness the medium, reach out to youths, educate them on sexual reproductive health and HIV prevention tools such as PrEP.

Akanji urged the government to focus and invest more on HIV prevention mechanism rather than HIV treatment to avoid healthcare providers getting overwhelmed.

He cited data released by the United Nations Programme on HIV/ AIDS (UNAIDS) in 2018. said that the data indicated that about 160 young women between the ages of 15–24 years become infected with HIV everyday in the West and Central African region.

“We need to harp more on prevention interventions. This area is still being underfunded as more emphasis has been laid on treatment over the years. Another challenge with HIV prevention in Nigeria is the poor awareness and poor national HIV testing coverage.” He said.

In her remarks, Ms Josephine Aseme, Executive Director, Greater Women Initiative for Health and Right noted that full adoption of prevention mechanism would be better as it is cost effective and people would be safe from contracting the virus.

“If certain preventive mechanism such as Pre-exposure Prophylaxis (PrEP) is taken effectively by people at risk, it reduces the risk of getting HIV from sex by about 99 per cent and 74 per cent among people who inject drugs.’’

She further explained that, the aim of the campaign is to build a society where women live a dignified and healthy life, and reduce mortality among vulnerable women, most especially sex workers. Added that her organization is resolve to intervene for the right and health needs of women.

She listed some prevention method to include, Oral PrEp, Long acting injectable PrEp, Dapivirine Ring, Condom and long Acting cabotegravir CAB-LA, among others.

Previous: AKSCOE Gets News SUG Leadership
Next: Brotherhood of The Cross And Star Holds 34th Love and Unity Feast