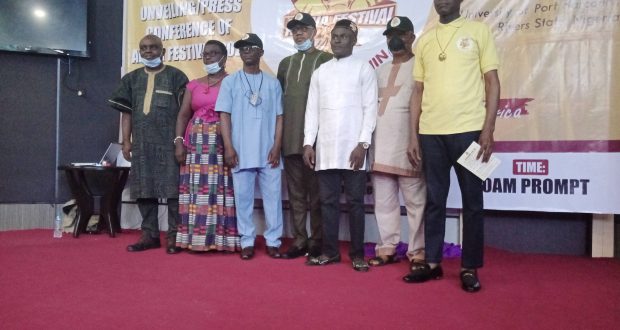 …says festival will be bigger than Calabar carnival

A fast growing cultural group, Mboho Afaha, has called on Akwa Ibom state government to maximise the huge potentials in the culture and tourism sector of the state to boost its revenue generation drive and unlock the economic potentials in the state.

President of the group, Mr. Godwin Unyah who doubles as Managing Director Patternfield Nig Ltd, made the call, last weekend during the unveiling of Afaha Festival logo in Uyo.

Unyah lamented the dwindling fortunes of culture in the country, explained that Mboho Afaha Festival has come to change the narrative and build a global brand that will unit Akwa Ibom people.

He appealed to the indigenes of the state to show commitment in reviving its great cultural heritage and take it to enviable height.

Unyah disclosed that the festival which is billed from 27 November to December 27, 2021 at Unity park is a package of leisure events that features street dance, parade of costumes, arena based performances, beauty pageant, musical funfair, cultural display, arts, fashion exhibition, sporting activities, and galla night among others.

In his historical review of Art and culture, Prof. Edem Peters of the University of Port Harcourt, charged people to always display their culture wherever they find themselves.

The university Don noted that Afaha Festival is unique in all ramification, maintained that Ibibio ethnic group is so blessed with wonderful work of arts that is capable of drawing global attention, and also serve as revenue earning to the state government.

In his Goodwill message, Hon. Ini Akpabio, Chairman Akwa Ibom State Hotel Management and Tourism Board, assured that state government is in full support of the festival, with a view to expose the rich cultural heritage of her people.

Akpabio who was represented by Mr. Aniekan Inyan, praised and lauded the foresight of the organisers for demonstrating capacity and showing leadership toward stimulating physical development in the state.