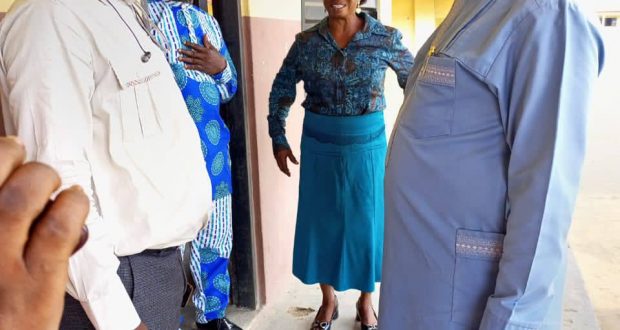 Following reports on school monitoring exercise in the state, a trend recently noticed by the education authorities is the wrong use of school properties and vandalisation by community dwellers.

Reacting swiftly to this, the SA to the governor on education monitoring, Akparawa Udeme Udofia who visited Government school, Ifa Atai for an on the spot assessment, was reliably informed that the community dwellers have formed the habit of removing iron windows in the school premises to sell to scavengers and use the wooden desks as firewood. In another development, welders, Motor Mechanic and several craftmen have defaced the school’s perimeter fence and have turned the front of the school to their warehouse and workshops.Udofia, not feeling comfortable with the development, approached the Education Secretary, Uyo. Mr Umoh Ime Umo and also the chairman school base management committee, Chief Edem Aniedi Ebong who also double as the Etidung of the host community and confirmed the report to be true Chief Edem regrets the action of the villains, say they are bent on jeopardizing the efforts of Governor Udom Emmanuel towards providing suitable learning environments to the children of Akwa Ibom state. He further confirmed to have utilized all machineries within his powers to stop the perpetrators from this wicked act but to no avail.

He therefore call on the state government and other relevant authorities to come to their aid to ensure the school properties are secured.Akparawa Udofia while addressing the issues in the school called on the proprietor of Aribaba super construction and the mechanics that have littered the school environment with their wares to vacate same immediately.

He appreciated Chief Edem for his proactive and diligent approach in attending to matters that concern the schools in his environment and wished him tremendous success during his tenure as the Etidung and chairman of the school-based management committee while assuring them of government intervention soonest.