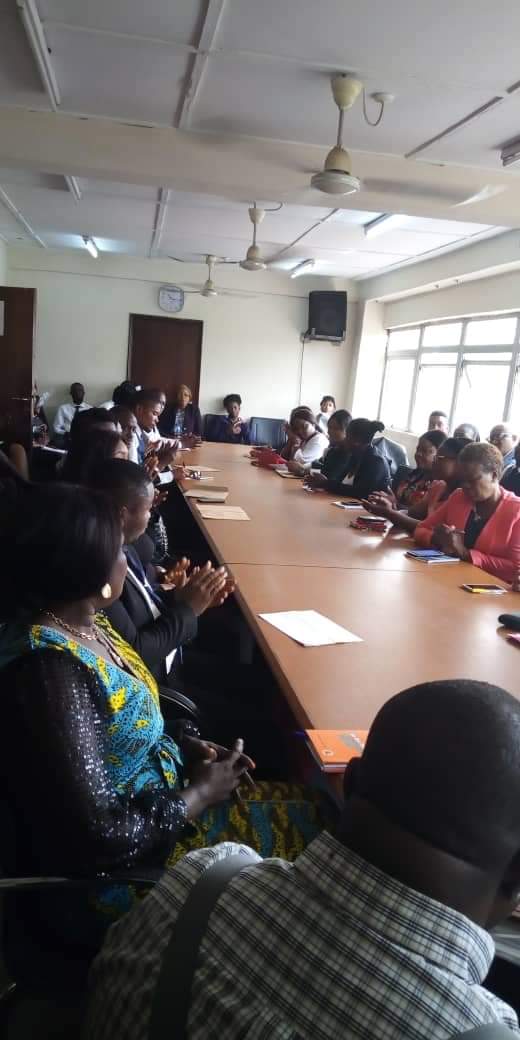 Presenting the Cheques to the beneficiaries on behalf of the Governor, the Honourable Commissioner for Education, Akwa Ibom State, Prof. Nse Essien charged them to be good ambassadors of the State as government expects them to perform exceedingly well, graduate with flying colours and come back to make the State proud and defend her sovereignty. He congratulated them for the successful completion of their B.A law degree from their respective Universities and challenged them to bear in mind that adequate training was needed to make them the voice to the voiceless considering the decay in the legal profession, the division in the country and the endless circle of ills and conflicts characterizing our sociopolitical landscape.

“Recent happenings in our election tribunal is an eye opener to the fact that the legal profession needs a lot of fixing up. As lawyers, prosecutors, advocates and solicitors in training, i urge you to be determined to make a difference on graduation to make our State, our country, a land where justice and equity reign. As a lawyer, you have a big role to play to promote the rule of law and enforce the human right and the dignity of man” he said

He described the government of His Excellency, Mr. Udom Emmanuel as a student friendly one and the grants given to the students from Akwa Ibom State origin in the Nigerian Law School he said is a true testimony to this fact.

In setting the tone for the event, the Permanent Secretary in the Ministry, Mrs. Helen Ante described the day as an epoch making one. She thanked the Governor for being a caring and responsible father and expressed optimism that the Governor’s gesture will revitalise the financial status of other categories of students. She urged the students to be good ambassadors of the State and reciprocate the Governor’s good gesture with good conduct and afterwards return to move the state forward in their respective areas.

Delivering a goodwill message, a member of the Akwa Ibom State Scholarship Board, Mrs. Otobong Aaron sincerely thanked God for making the day a reality. She lauded the Governor for his benevolence to the association, stressing that he had proven himself to be a reliable Governor who keeps his word. She urged the students to justify government’s investment in them while further urging them to take their studies seriously and set themselves apart in their endeavours.

Mrs Eme Okodi, Executive Secretary State Scholarship Board extolled the Governor for graciously approving the grants after a request was made to him. She also lauded the Commissioner and Permanent secretary for their proactiveness in getting the process sorted. She urged the beneficiaries to make good use of the opportunity.

In his response, The President of Akwa Ibom State association of Law School Students, Comrade Nsukile Abraham extended his gratitude to the Governor for fulfilling his promise to the body while thanking the Commissioner, Prof. Nse Essien for being the instrument through which the promise was fulfilled.