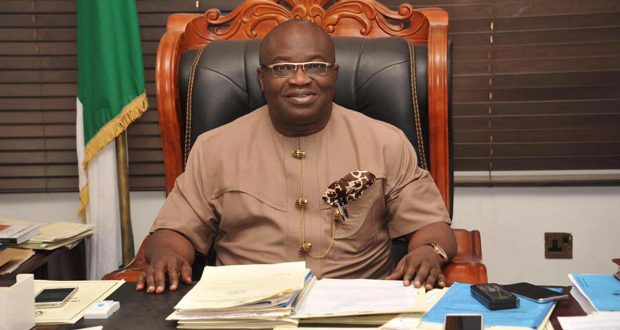 Abia State Governor, Dr Okezie Ikpeazu, has rejected plans by the federal government to establish “cattle colonies” for Fulani Herdsmen and their cows in Abia State.
In a release signed by his Chief Press Secretary, Mr Enyinnaya Appolos, the Governor stated that Abia state will not cede any part of her territory to Fulani herdsman as colony for cattle.
According to Governor Ikpeazu; “we reject any plan to establish cattle colonies for herdsmen in Abia State.
“We don’t have enough land for our agricultural activities and our people want more land.
“Giving away any part of Abia land as a colony to herdsmen, wherever they may be from, will be most unjust and unfair treatment to Abia State and her people who are largely farmers.
“Such alien land occupation will also cause unrest and crisis that may grow beyond what we can handle when it happens, so the best thing I think we should do is to reject such plans so that those behind it will know that Abia State is not party to it.”
Thank you.
Enyinnaya Appolos
Chief Press Secretary to the Governor
12/01/2018
2018-01-13
dozzier