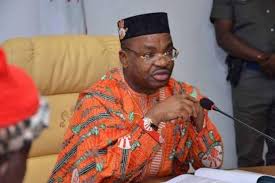 Hon. Effiom Okon is a front-line politician from Uyo LGA in Akwa Ibom State. He’s been the pioneer PDP Deputy Chairman in Uyo and has served as the PA to Minister of FCT. Recently, he defected from PDP to APC. In this interview with the Press, he bares his mind on several topical issues bothering on the political development in Akwa Ibom State. Except!

I am Effiom Okon from Uyo Local Government Area of Akwa Ibom State.

When did you get involved into politics?

I got involved in politics about two decades ago. My idea of joining politics was to see to the development of my area.

As founding member of the PDP, what informed your sudden defection to the APC?

Why did it take you over 18 years to realize that?

I believe the wrongs would have been corrected before now, but every effort genuinely pursued to correct the system proved abortive. Since the situation refused to change, I decided to change to another Party, the APC where my ambition of changing the socio-economic condition of the nation can be actualized.

You have decamped to APC, do you think APC is the platform you can stay and realize your vision?

Party politics is about consultation. Like-minds coming together, sit on a round table and discuss issues; you can’t see that in PDP. That led to balkanization and destruction of the Party which led to a very long standing crisis, that a lot of people left the Party.
Uyo Local Government has been known for playing opposition politics. Are you saying that this time, Uyo will still be in the opposition by making sure APC captures the Local Government Area?
APC is on the ground. The problem is that most people have the fear that it is difficult to win a government in power. Based on mobilization, APC will win.

How would you rate the performance of Governor Udom Emmanuel in the last two years of his administration?

I want the governor to tell the people of the State the financial strength of the State to be able or to give accurate assessment of the performance of the governor in the past two years. The Government should allow free flow of investigation that would allow us know the financial capability of the State. There is no development without money. If you look at the Internally Generated Revenue and the allocation from the federation, it is within the region of N10 – 15 billion every month. An average Akwa Ibom person is still complaining about hardship. My appeal is that these monies used in servicing the debt incurred by the previous administration should be made public, let the entire state know the situation of the State purse. It will lay to rest permanently the opinion people hold about the State Government. Let the people know the debt profile of the State. When the State spends so much time and energy blocking the investigation of the State finances, it shows that the Government is not sincere. State funds belong to the entire residents of the State.

Some people have already started calling on Obong Nsima Ekere to run for the office of the governor in 2019. What’s take on this?

The popular demand is that Obong Nsima Ekere should contest the 2019 Governorship election in the State based on his antecedents in NDDC. He should forget the pressure from people, I know some politicians claim people go to him for contracts, such assumption is wrong. You must have interest and connection to run for any elective position, not acting on what people say. Nsima as a man of integrity, must have to make his own decision. He will make his interest known, then the political party he belongs to will assess him and take the decision.

Are you aware that there are two factions of APC in Akwa Ibom State?

Every history has a foundation. I have been actively involved in politics. Every political party will appraise the performance of the party after an election. Any party that fails to do that cannot make meaningful progress. I was a member of the Steering Committee of the PDP in Uyo Local Government Area saddled with the responsibility of planning for the success of elections. My problem with the PDP started when the party failed to appraise the performance of the party in the 2015 General Election. And I made my position known to the governor. I complained to him in writing. When you appraise election you will then analyze things such as why did we win here and lost there, who did what in the election and all that. That will help you to mend fences in order to win subsequent elections, but the 2015 exercise was not appraised. Do you know that lives were lost, houses set ablazed and many lost their cars and yet other sustained various degrees of injuries? I know a friend who was killed, a Police Officer was shot, I lost my car. Because there was no appraisal, such people were not compensated. And this is an election that was won at the Local, Ward and State levels. The PDP won all the three Senatorial Seats, Federal House of Representatives, all the House of Assembly seats and even the Governorship.
Assuming they were able to appraise that election they would have been able to know what went wrong or right; their failure to do that will stand against them in 2019. I left the party last month, other people are still coming over to this side, some of the people who parade themselves as politicians in PDP have no idea of the Party politics.

What about the infrastructural development of Akwa Ibom State?

If you go to Tropicana and Ibom Specialty Hospital today, when you look at the amount of State resources sung into the two projects, you’ll be amazed. It was alleged that the Government brought in equipments to the  Hospital and that as soon as the hospital was commissioned, the equipments were taken away. Does that show that the people have conscience? Is that what governance is all about? Do you know what that huge investment would have done to better the lives of the people?
The infrastructural development of the State is not favouring the people, it is their right. That is the responsibility of government. Infrastructural development is not with your personal resources; it is the resources of the people entrusted to your care. If you refuse to use it judiciously, you have questions to answer. That is why am saying they should be allowed for investigation. At the end of the day, some people might be exonerated and that will give us the true picture of what the state finances are. The Senior Special Assistant to President, Sen. Ita Enang recently gave a figure and they cannot fault that figure because it is from an authentic source. Remember what the former Minister of Finance the Coordinating Minister of Economy, Ngozi Okonjo-Iweala, said. She said that the state has not utilized 10% of the revenue accrued on monthly basis, she was talking from a point of authority, you cannot fault it, that is why this investigation is necessary. Let the people know how much came in the last 8 years, how much was spent and what is the balance. If you raise the question of investigating the State finances, they look at you as somebody who does not like the State, as someone in opposition, but it is not done this way in a civilized society. We have representatives in the Senate, State House of Assembly and Federal House of Representatives, for the past three years none of them have come up with Constituency briefing. There is a difference between empowerment and briefing. It is all about telling the people about governance, they will ask questions, it is not about giving out sewing machines and motorcycles to a few youths. For instance, the only road to my community has been in the State budget for years now, in fact, from the days of South-Eastern State. There are some people in Akwa Ibom State Executive Council, by the day their names were announced on Radio and Television; they were not members of any political party. During the governorship election of 2015, they were not in the state, how can you do that to the detriment of the people who spent their time and money working for the success of the party. This is “Monkey dey work baboon dey chop” politics.

What is your opinion on recycling of appointees?

Some people have been in the State Executive Council from 2007 till date. it is either they are recycled as Commissioners or given board appointment. It builds apprehension. Why should I remain in the party? Why should I take that risk? Why do you stay in the Executive Council for eight years? If you are so good, go and contest election to the legislative house – that is the only institution your constituency can keep for as long as you are good. From the creation of Akwa Ibom State in 1987, in Uyo Local Government Area, it is only one Ward out of the eleven Wards that appointees are appointed into the State Executive Council, while the other ten Wards only play the role of electing officers without benefits by way of appointments. Only Ward 6 which is Offot is the only one that has been producing State Executive Council members, what is the problem with other Wards? Uyo needs partnership, they have been deprived for decades now.
2018-01-05
dozzier 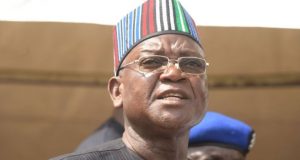 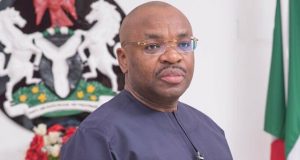