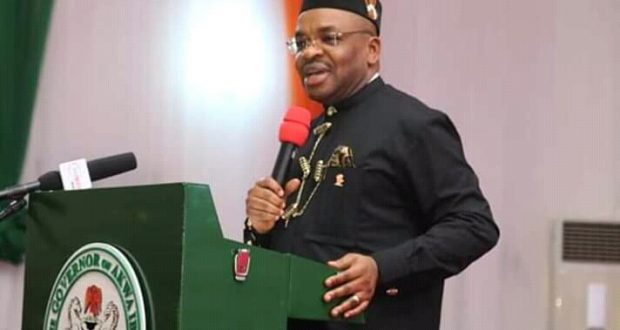 It was a celebration galore for media professionals in Akwa Ibom State as the governor Decon Udom Emmanuel host them in a media parley. The governor used the occasion to pledged his readiness to supports and partner with the press on Nation building called on journalists to upheld their first cardinal objective which is professionalism.
Gov Emmanuel described journalists as major factor of societal change, maintained that he cannot neglect the media for any reason based on their pivotal roles in governance, advised members to deceite from all forms of character assassinations which according to him is an act of unprofessionalism and may hinder the state from the desired development, he therefore encourage practitioners to invest their energy and dexterity in competing with their contemporaries across the country rather than killing the corporate image of the state.
He noted that with good reportage, it will attract inverstors to come and invest to help reduce the number of teeming unemploy youths in the state. Equally in the spirit of celebration, congratulates the new leadership of the union led by Comr. Amos Etuk as the chairman for their Victory at the August 2nd, NUJ election, he appeal to members of the union to give the new leadership the needed supports to help them succeed, and put smiles on the face of the chairman by giving him official car.
The financial guru who spoked on various ongoing projects in the state, promise to leave a legacy before expiration of his administration and made Akwa Ibom an industrial hub for investors.
Responding the chairman of the union, Mr. Amos Etuk, register his unresverd appreciation to the governor for his magnanimity toward the growth of the union pledged his readiness in partnering with the state government for all round development. He requested for assistance from the State government in completing the ongoing projects at the union secretariat as well as provide members with working tools to help them discharge their constitutional duties.
The NUJ helmsman pour encomium on the governor for putting journalists on health checks by providing a free health insurance scheme for 250 journalists in the state.

Previous: Gov. Emmanuel Swears-in Nsit Ubium Paramount Ruler As Council Of Chiefs Chairman
Next: The former Secretary to the Government of the Federation (SSG), Ufot Ekaette, is dead.