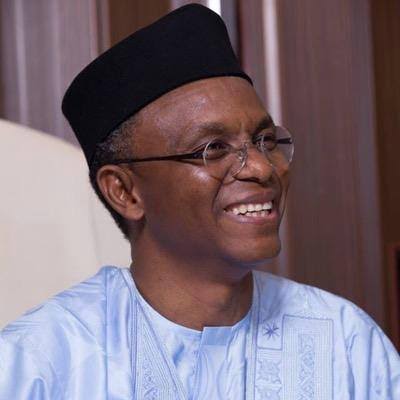 The Kaduna State Government has established a Judicial Commission of Inquiry into the NLC warning strike of 16th to 19th May 2021, and the actions and events associated with it. This judge-led inquiry has 14 terms of reference, including the legality of the strike and any breach of the relevant laws on trade disputes and essential services.

A statement from Sir Kashim Ibrahim House disclosed that Justice Ishaq Bello, former Chief Judge of the FCT, will chair the seven-member inquiry which is required to submit its final report 60 days after its first sitting.

“Malam Nasir El-Rufai has appointed seven members into the Judicial Commission of Inquiry into the actions and conduct of persons and organisations in relation to the 16th to 19th May 2021 warning strike of the NLC.

“Acting under the powers conferred by the 1999 Constitution and the Commissions of Inquiry Law, CAP 34, Laws of Kaduna State, 1991, Governor Nasir El-Rufai has named the following persons as members of the inquiry:

“The instrument establishing the Judicial Commission of Inquiry prescribes the following terms of reference:

a) ASCERTAIN the precise chronology of events immediately preceding and during the “warning strike” of 16th to 19th May 2021;

b) INQUIRE into whether the NLC can lawfully declare a “warning strike” or any industrial action in any State in the Federal Republic of Nigeria.

c) ASCERTAIN whether the NLC or its affiliates complied with the Labour Act, Trade Union Act, Trade Dispute (Essential Services) Act and other laws in declaring and effecting the said “warning strike” in Kaduna State.

d) INQUIRE into whether the internal processes and procedures of the NLC at national and subnational levels were complied with in declaring the “warning strike”, in particular with regards to the powers and responsibilities of the affiliate unions in such matters.

e) INQUIRE into the actions taken by the NLC and any affiliate union(s) before, during and after the “warning strike” of 16th to 19th May 2021, and determine whether such actions amount to any breach of the Trade Union Act, the Trade Disputes Act, the Trade Disputes (Essential Services) Act, the Miscellaneous Offenses Act, the Quarantine Act, the Public Health Law and Penal Code Law of Kaduna State and other extant laws and regulations pursuant thereto.

f) INQUIRE into the roles of various actors before, during and after the said “warning strike”, and determine whether actions and omissions by the following organisations and persons amount to a breach of any extant laws:

g) INQUIRE INTO, AND ASCERTAIN the economic losses incurred by citizens, businesses and the Kaduna State Government as a result of the “warning strike” of the NLC.

i) INQUIRE INTO AND ASSIGN responsibility for acts of (i) trespass into public and private property, (ii) restraints of citizens’ freedoms, (iii) coercion, assault and trespass in forcing businesses and offices to close, (iv) assault of public officers, and (v) the unlawful closure of hospitals and discharge of patients by the NLC and its affiliates during the “warning strike” of 16th to 19th May 2021.

j) RECOMMEND to the State Government, Federal Government and other authorities on the appropriate actions to be taken to avert or curb any repeat of the events of 16th to 19th May 2021.

k) RECOMMEND any and all appropriate sanctions to be levied upon any person or organization that may have been found to be responsible for any losses ascertained by this Inquiry, along with compensation payable to person(s) or organizations(s) that suffered due to actions taken during said period of the “warning strike”.

l) RECOMMEND any civil remedies, criminal prosecution, policy measures or other actions that may be taken by the Kaduna State Government or recommended to be taken by the Federal Government arising from the “warning strike” of 16th to 19th May, 2021.

m) INVITE any individuals, organizations, associations and the general public to bring up memoranda, petitions and other form(s) of presentations that will assist the Commission in addressing these terms of reference.

n) SUBMIT a final report not later than 60 days after its first sitting.

“The Judicial Commission of Inquiry shall have the powers conferred by Section 7 of the Commissions of Inquiry Law, including:

i. To procure all such evidence, written or oral, and to examine all such persons as witnesses as the commissioners may think it necessary or desirable to procure or examine;

iv. To issue a warrant to compel the attendance of any person who, after having been summoned to attend, fails to do so, and does not excuse such failure to the satisfaction of the commissioners, and to order him to pay all costs which may have been occasioned in compelling his attendance or by reason of his refusal to obey the summons.”

Previous: IKOT EKPENE SENATORIAL DISTRICT WOMEN REAFFIRM SUPPORT FOR GOVERNOR EMMANUEL
Next: University of Benin An Angel in the Midst of Men