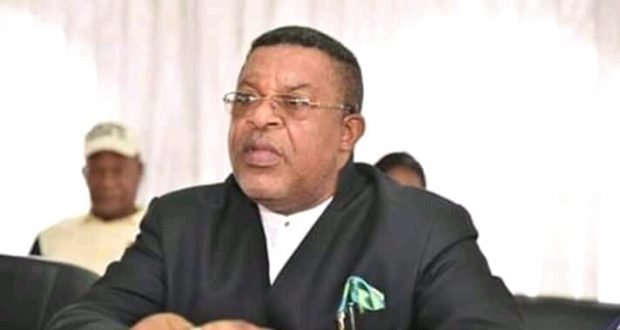 GODDY UMOH: Carving a Niche in the Service of PDP

Diligence, commitment and hardwork have been agreed by many scholars and thinkers as the panacea for recognition and success.
There is therefore, a very strong indication that the PDP State Chairmanship tussle will finally rest on the shoulders of someone that possesses the above qualities which is no other person than Obong (Barr) Goddy Umoh. It will come on the heels of his sagacity and doggedness to the service of PDP, society and humanity at large.
Admittedly, Goddy Umoh has been in the forefront of contributing immensely to the growth and progress of the Peoples Democratic Party both legally and otherwise within and beyond the shores of Akwa Ibom State.
There is no gain saying the fact that allowing Goddy Umoh to occupy the position will be well deserved owing to his unwavering love and contributions to the party since 1999.
He is the man of the people, a good mixer who’s humble, social, jovial and simple disposition endear him to everyone who comes in contact with him, the attributes that make PDP supporters in the entire state itch to hear more whenever he speaks in any gathering.
As the Divine Mandate Champion in Ikono, the legal luminary has left no stone unturned towards reawakening and rejuvenating the spirit of oneness and commitment among party supporters, thereby making them zealous to the work of the party. This was evident in the turn out and support base by electorates during the just concluded general election.
His robust skill of bridge building is a motivation in leadership.
Goddy’s clarity of thought erudition and conceptual scheme of leadership are his forte form, quite a different skill. He possesses the tact, vigour, responsiveness and acumen to serve the state as PDP State Chairman. The mantle falls on his shoulders.