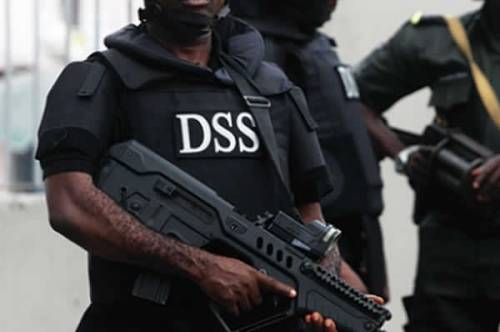 The Department of State Services (DSS) also known as ‘SSS’ has cryout on activities of “some unscrupulous elements” cloning official websites of some government agencies and using same to defraud unsuspecting Nigerians.

The Agency through its Public Relations Officer, Peter Afunanya on Thursday raised the alarm in a statement in Abuja, NAN reports.

He said there had been instances where the official identities/paraphernalia of certain Ministries, Departments and Agencies (MDAs) were deceptively deployed by these criminals to shortchange vulnerable persons.

“Notably, the Nigeria Social Investment Trust Fund (NSITF) and the National Youth Service Corps (NYSC) have so far suffered the tricks of these fraudsters who use decoys to manipulate their victims.

“This, in the case of NSITF, has resulted in loss of varying sums of money by those promised huge returns on Federal Government’s investments and other poverty alleviation initiatives which ended up as scam.

“Some persons have also engaged in the illegal sale of NYSC kits and accouterments to prospective corps members.

“They also advertise the issuance of medical clearance certificates as well as redeployment of corps members to preferred states for primary assignment on medical, security, marital grounds or other reasons,” he said.

He said the DSS was already working with the agencies to identify and arrest suspects and enjoined the public and prospective corps members to be wary and conscious of the fraudulent developments.

Afunanya, therefore, warned perpetrators to desist from the act or be ready to face the full consequences of their actions as the service would continue to track the criminals.