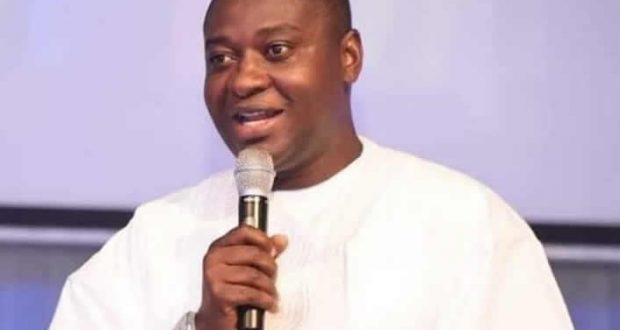 Frank Archibong : A Clear Example Why Youths Must Be Given Leadership Positions

He assumed office with an anger to change the face of development in Eket LGA and to place the area in the eldarado. On December, 2017,the third tier of government leadership in Eket had new hands in the saddle with a youth steering the ship of administration in the area.

Prior to this time, he held sway as the Chairman, Transition Committee in the Local Government Area. A position he held with distinction and impeccable records.On his assumption of office as elected council boss, Many who knew Frank Archibong were confident of his leadership sagacity and had the assurance of his refined style of governance to be experienced by the good people of the area. Of course, he has held various leaderships positions before his assumption of office as Council helmsman and left indelible footprints in the sands of time.

For over twenty months in the saddle of leadership ,Frank Archibong has not only performed but has set a record that shall be difficult to be met by incoming council helmsmen in the nearest future. He has placed Eket Local Government Area in the world map of local government administrations. Fortunately, due to his outstanding pedigree in public sector, Frank Archibong was nominated among his colleagues as Chairman of Association of Local Governments of Nigeria (ALGON) in the state and National Financial Secretary of the Association. Positions he has held with overwhelming track records and pedigree till date.

In Eket LGA, Frank Archibong has changed the style of leadership in the area. From infrastructure, to human empowerment, Security of the lives and properties of his people, youth development, women empowerment and political inclusion,he has scored high in these areas and has performed excellently well. Under his watch, Eket Local Government Council has wore a new look in the area of infrastructure, a good number of roads have been graded and given a new look through the pragmatic leadership of the council boss. He has also given priority to youths and women of Eket origin. From skill acquisition programmes for his people to the empowerment of his people to earn a living rather than beg for a living.Over 100 indigenes of Eket origin are today given a source of living through the leadership of Honourable Frank Archibong.

In Eket LGA, youths of the area are empowered effectively. Communal clashes disputes with oil companies operating in the area are given optimum attention and issues sorted out amicably.Today,those, are history as a new Eket is in the saddle .

One of the outstanding achievements of the Frank Archibong led administration is the security of lives and properties of the people of the area. Today,Eket Local Government Area is one the most secured local government areas in the country through the excellent performance of Mr Frank Archibong. The interest of the elders, women and youths are given premium in Eket Local Government Area. The elders are well taken of, the women are being provided for and the youths are empowered adequately.

It could be rightly said that Eket Local Government Area is blessed with a leader like Honourable Frank Archibong. He is indeed a square peg in a round hole and his administration shall continue to provide succour and dividends of democracy to the people of the area.

When some youth in positions of authority have failed in their assigned duties, youth leaders with positions of authority like Hon. Frank Archibong shall continue to give hope to the society that indeed the youths are leaders of today. He has reshaped the style of leadership and has given confidence that youths can do better and effectively in any position of authority both in Eket Local Government Area and Nigeria at large.

To be Frank, Eket LGA is blessed.