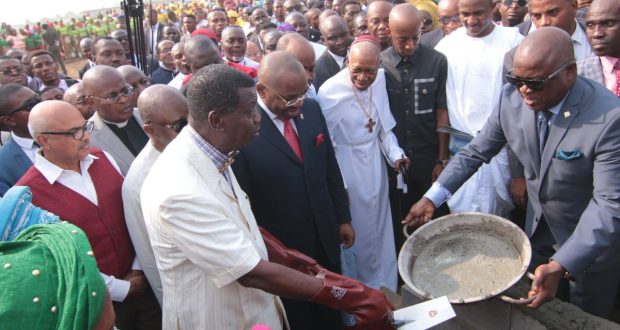 Akwa Ibomites have turned up enmasse to witness what would be considered a landmark event in the annals of our State!!!
Its the foundation laying ceremony of the Akwa Ibom State International Worship Center sited at the Banking Layout, Udo Udoma Avenue Uyo!!
The State Executive Council, Legislature, elder statesmen, the political class, the clergy, women and youth groups, friends and well wishers are fully represented here. The General Overseer of the Redeemed Christian Church of God, Pastor Enoch Adeboye is here!!! The Commissioner for Housing and Special Duties, Mr. Okon Okon who’s ministry is directly responsible for this project while addressing newsmen at the grounds stated that its a privilege for believers to have the opportunity of praying to God daily. He further said that the opposition would always criticise projects like this despite the noble intentions of Government. Despite this he said, Governor Udom would not be distracted from his core mandate of delivering the gains of good governance to the nooks and crannies of the State. Upon completion of the project he said Akwa Ibomites would be proud the State has an edifice as strategic as this.
2018-01-21
dozzier 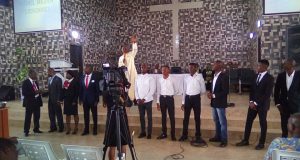 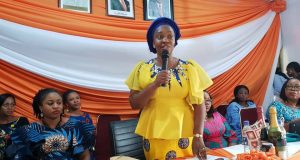 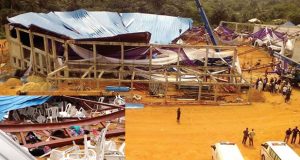