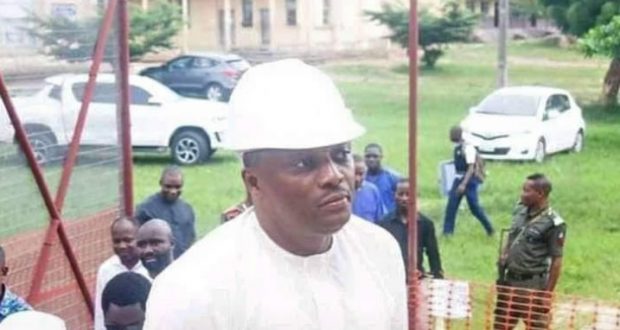 It is not the best of times for the immediate past member for Abak/ Etim Ekpo/ Ika Federal Constituency in the 8th National Assembly, Hon. Emmanuel Ekon, who appears to be hiding from arrest by authorities of the Federal Government for refusing to return assets belonging to the Local Content Office, following the expiration of his stay at the green chambers.

Credible information has it that Ekon who was Chairman, Local Content Committee of the House of Representatives from 2015 to 2019, took delivery of some vehicles and official hardware belonging to the local content office by virtue of his position but has rebuffed every recovery effort of the assets, considered too sensitive for the office to let go.

Apart from the moveable assets he has chosen to illegally hold on to, it is reported that he has continued to hold on to security and other staff of the board that were posted to support his office , even as the board had issued a notice to him to return all that belonged to the board.

Bewildered at Ekon’s evasive tendencies in the last two weeks, an official of the bureau who gave his name as Abubakar said the office has unsuccessfully asked for the return of the pilot vehicle, customed Hilux van and other assets designed for the special operations.

He recounted the several attempts at reaching him through letters, phone calls, text messages and personal contacts, which until the end of his tenure in the national assembly were their official means of communication, wondering how a public official they showed so much cooperation would choose to sabotage their operations.

Of the items belonging to the local content bureau that are listed to be currently in the former lawmaker’s possession are vehicles, office equipments and documents, while they are considering legal actions including a possible arrest to fast track recovery of the assets, suspected to have been converted to private use by Ekon.