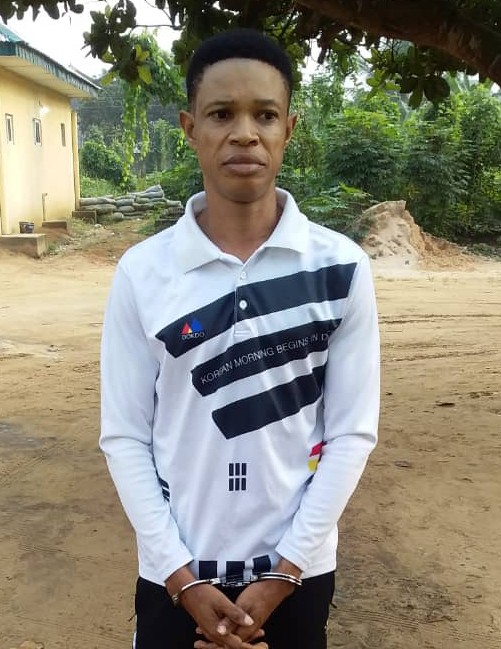 A victim of one of the fake pastor resident in Uyo Akwa Ibom State, in her bid to warn, advise and expose the activities of a syndicate of fake pastors in Akwa Ibom State took to the social media narrating her ordeal and that of other ladies in the hands of these so call “men of God”. Below is her narration.

My name is Nseobong Otu a Nigerian, female and a business lady resident in Uyo, Akwa Ibom State Nigeria. I became a victim to this “fake” Pastor, one Mr. Utibe Eshiet Edet residing at Nsima’s Compound, Efa Ikot Akpabio in Ibesikpo Asutan LGA where I thought I have found love in the hands of a man.

In the course of our barely three months old relationship, I noticed actions and characters unbecoming of a pastor so I kept mute hoping I will better understand him in the future.

On his last visit to my apartment on a peacemaking mission after a prolonged disagreement, several calls came to his cellphone which made him physically uncomfortable so he refused taking any of these calls just because I was with him. Upon inquiry to know who is calling and why he refused taking the calls, he simply said they are his clients.

I was so disturbed that I couldn’t find the courage to sleep throughout the night. By midnight when he was fully asleep, my curiousity led me to open his bag and inside it were bottles of mystical oil called Destiny Destruction Oil and Come Back to me Oil, Seven Books of Moses and two Pictures of ladies separately tied around with a red rope and ladies’0 panties.

From my personal investigation, I understood that Pastor Utibe Eshiet Edet, within the period of our relationship, have been consistently lying to me concerning his job and marital statuses as being an Oil and Gas worker and single. Further investigation revealed that the Destiny Destruction Oil is used whenever he is done having carnal knowledge of any lady with the aim of destroying the lady’s womb and destiny while he uses the Come back to me Oil on the ladies he considered not done with to hypnotise and manipulate them to come back to him at will. This, the fake Pastor Utibe does by secretly taking away panties of his sex partners and the resultant effect on the ladies will be destiny destruction and barrenness.

Interestingly, the said Pastor Utibe is not working in isolation but has a team of fake pastors around him who brainwashed victims to cooperate with him at every stage unknowingly untill this heinous crime is committed against them.

The scary sight of the contents of the bag and my personal investigation informed my decision to make an official report to the Nigerian Police Force for possible action.

As at the time of writing this, the said fake Pastor, Utibe Eshiet Edet has been arrested by the gallant men of the Nigerian Police Force. He was arrested in company of a young lady supposedly his girlfriend, one Nseobong Wilfred Sunday, who was accused of engaging in fraudulent activities by her former boss. On hearing of the charge levelled against the the said fake pastor Utibe Eshiet Edet, she quickly confirmed seeing similar bottles of oil in Pastor Utibe’s bag. She narrated her ordeals instantly that she and Utibe had been in a relationship for about three years and within this period, Pst Utibe had sent her away on two occassions only for her to return to him unknowingly. This further confirmed the adverse effect of the Come back to me Oil. Amazingly, she (Nseobong Wilfred Sunday) had identified and confirmed that the pictures tied with red ropes and panties are hers and one of her ex-colleague where she committed the alleged fraudulent act with which she has been accused of.