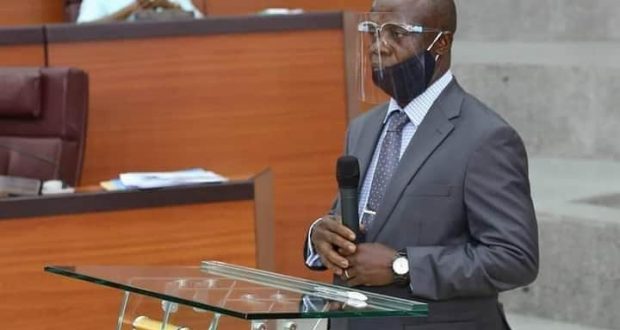 Hon. Amanam Okon Nkanga an ordained Elder of Qua Iboe Church, is a teacher, a business cognoscente, a consummate politician and Commissioner nominee by His Excellency, Governor Udom Emmanuel as member of the State executive council, is a native of Ikot Nya, Mbiaso ward 4 in Nsit Ibom Local Government Area.

To add to his credit, Nkanga in 1999 was conferred with diploma in Public Finance by the University of Uyo. In 2006 and 2011 he bagged his first degree and masters degree in Business Management and Business Administration respectively. In other to be ICT compliance, he embarked on a certificate course in Data Processing at Springwood Information Technology Academy, Uyo in 2007.

Over the years, and before his nomination, he has served in various organizations and held top managerial positions. In 1988, he worked as a teacher in Government Secondary School, Ikot Nya, Nsit Ibom LGA. Between 1989 to 1995, he was a manager in Isa Ukpa Coy Ltd – Exxon Mobil building and maintenance contractors. Because of his sterling leadership qualities, he was appointed a director at De Amano and sons Ltd, a private distribution business outfit. A position he held for ten years.

He entered into Politics where he was first appointed into the local government executive council as a Supervisor for Works, Transport and Housing. He was also the Chairman-Nsit Ibom Stadium Complex/ fencing implementation committee between 2008-2011. Elder Amanam was elected the Pioneer Chairman-Parents Teachers Association (P.T.A) Police College, Ukana, Essien Udim LGA, Akwa Ibom State, a position he held between 2011-2015.

Having distinguished himself from many, as a golden fish which has no hiding place, Governor Godswill Obot Akpabio appointed him to serve as his Special Assistant (SA) on Projects Monitoring, there and then he was picked an Assistant Team Leader-Projects Monitoring Team of the Bureau of Technical Matters in Akwa Ibom State between 2012-2015. Being diligent and committed towards the discharge of his duties with a remarkable footprint, he was called back for a higher responsibility by His Excellency Mr. Udom Emmanuel as the Senior Special Assistant on Conflicts Resolution and Boundary Matters, a position he piloted till 2019.

Because of his vast knowledge in public and private sectors, he was appointed Dean-College of Personal Aides (COPA) to the governor, Nsit Ibom chapter, between 2015-2019.

In his quest for knowledge, he has attended various trainings to keep fit with the modern trends. Training on “Abandoned infrastructure project : Perspective and Remedies ” sponsored by Akwa Ibom State House of Assembly in December 2008. Training on “Effective Supervision, Monitoring and Evaluation of Construction Projects ” sponsored by Helbon Associates Limited, May, 2013, and training on “The Results Oriented Leadership by the Nigerian Institute of Management, April 2014 as well as a training on “Work Ethics and Attitudinal Change for Organisational Growth” by NIM in April, 2015 to mention but a few.

He is happily married to Mrs Helen Amanam Nkanga (JP) and the marriage is blessed with five children, three Boys and two Girls