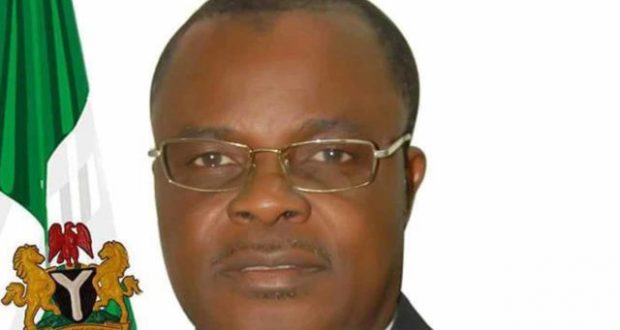 In the wake of incessant incidences of violent acts, indiscipline and gross misconduct on the part of students in some public schools in the State, the Commissioner for Education, Prof Nse Essien has charged parents, care givers and teachers to be more proactive in child upbringing for the good of the society.

He gave the charge today while addressing parents and teachers at the Parents Teachers Association (PTA) General Meeting of Uyo High School, Uyo

The Education Boss stated that parents and teachers have the task of working together to ensure that children in schools are moulded in character and in learning. He stressed the need for parents to show good example and also inculcate good Christian virtues in their children.

“You all have the duty to advice your child. If you cant bring up children who have good character, it means you came to earth to waste your time. All these things start from the home. Government is doing so much for the children and we expect them to reciprocate by behaving well and taking their studies seriously”, he said

Speaking further, Essien said the State Government was doing everything necessary to stem the tide of indiscipline and hooliganism in schools and will not hesitate to close down any school whose students behave in similar manner to those in Ewet Technical College.

In his advice to members of the community who were also present at the meeting, the Ministry helmsman urged them to show extra interest in the schools within their domain and take it as a responsibility to properly raise their youths. “This school belongs to you and if you take care of your school, children in your community will prosper and grow well. If the schools within your domain are rubbished, the future of the village is gone”, he said

He lauded the Principal for arranging the timely meeting and thanked parents for turning up in their numbers while urging them to give him all the needed support to he able to instill discipline in the school.

In a separate remark, the Chairman Secondary School Board, Dr. Umana Umana appreciated the Commissioner for coming around to share thoughts with the teachers and parents. Government he said totally frowns at the ugly scenario of youth restiveness in schools, stressing that its high time the anomaly is corrected. He charged the parents to be prayerful so the sledge hammer doesn’t also fall on Uyo High School which he noted was also very notorious for crisis.

In his vote of thanks, The Principal, of the school, Elder Michael Iwok, thanked the Commissioner for the very prompt response to the issues in the school. He assured the Commissioner that despite their notoriety, there are still some well behaved students who form the majority. His views were also corroborated by the PTA Chairman, who was represented by the PTA Treasurer, Mr Michael Obot who stressed the need for parents to redouble their efforts in child training.

The Divisional Police Officer, A Division, SP Edwin Egobueze admonished the parents and teachers to continue advocating for right behaviour with their wards and expressed optimism that a change of mind was possible. He reassured the Commissioner of the commitment of his men to maintain law and order in and around the school at all times.

The Commissioner afterwards addressed SS3 students of the institution and admonished them to be responsible, studious and eschew all acts capable of jeopardizing their future. He charged them to be vigilant and report unscrupulous elements among them to the relevant authorities.