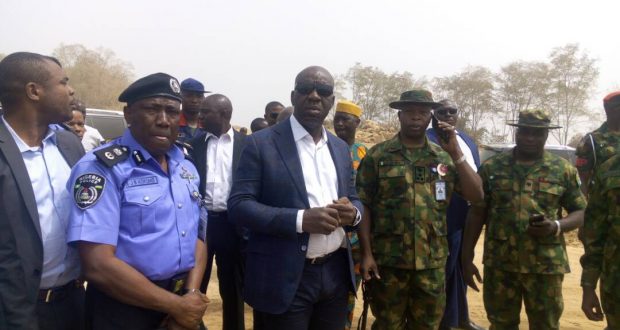 A statement circulated by Robin Crusoe, a spokesman to Edo State Governor, Godwin Obaseki, claimed that the police had declared Mr. Binji wanted over an attack on the governor’s convoy at Okpella.

The state government has been at the centre of a bitter dispute between BUA and rival Dangote Group over ownership and operation of a mining site in the area.

In November, the state government directed that the disputed site be shut down pending the resolution of court disputes on the matter. The BUA challenged that decision in court.

However, on Tuesday Mr. Obaseki visited the BUA premises and ordered its forceful shut down, while two staff of the company were whisked away on his orders.

A new dimension was introduced Thursday evening with the statement from Mr. Crusoe which alleged that BUA was maintaining a militia in Okpella, which was used in attacking the governor.

He said neither the police headquarters nor the state command of the police has issued such an order on Mr. Binji.

Mr. Moshood, a chief superintendent of police, also said he was unaware that Mr. Obaseki was attacked, as alleged by the state government.

“But if it is true that the governor is attacked then the state command should investigate,” he said.