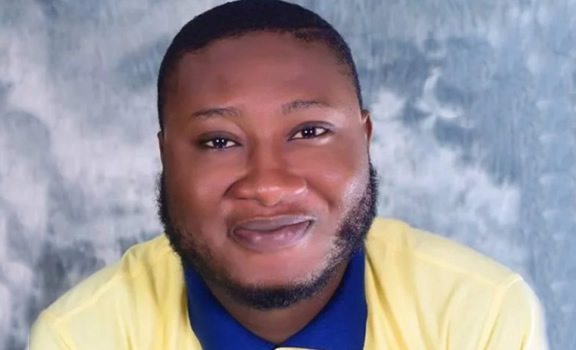 The Oyo State Police Command says the driver who killed Femi Oluwajobi of Fresh FM radio station on New Year’s Eve has been arrested after he turned himself in.

The command’s Public Relations Officer, Adekunle Ajisebutu, who withheld the name of the driver, said the suspect initially lied that he gave the car to an electrician.

Ajisebutu said, “He actually lied that he was not the driver after turning himself in at a police station. He said he gave the car to an electrician who killed the journalist on the night of December 31, 2017. But after interrogation, he confessed that he was actually the driver of the car.”

In his discussion with the owner of Fresh FM, Yinka Ayefele, which was recorded, the driver said he was coming from his shop in the Ogunpa area of Ibadan and was looking for fuel in the area when the accident happened.

“I was coming when I saw some people by the roadside on the night.  The brakes failed and I lost control of the vehicle. I hit an electric pole in the process and the car was about to somersault when I hit the man. I did not know if he died. I managed to escape from the scene and took a commercial motorcycle before turning myself in.”

Thirty-two-year old Oluwajobi, popularly known as Radio Music Dynamite, was knocked down in front of his office on his way to church for the New Year’s sevice. He died on the spot.

On Tuesday, his remains were interred at the Sango Cemetery, Ibadan.

His grieving father, Thomas Egunjobi, told our correspondent that Oluwajobi was a quiet man who lived a modest life.

“My son was a humble, quiet and focussed person. He had wanted to become a prominent person in life. He was hard working and this was evident in the recognition he enjoyed in primary and secondary schools. My consolation was that he knew Christ before he died. He died on his way to church a few minutes before 2017 ended,” he said.