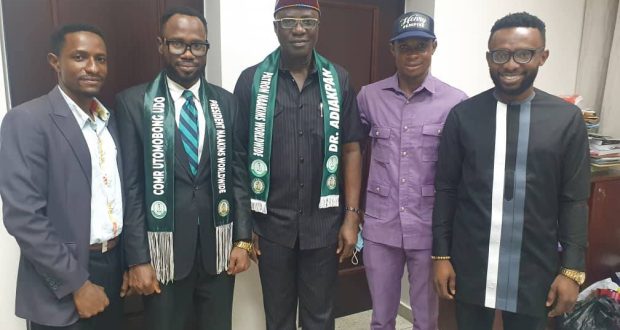 DR ADIAKPAN IS THE PRIDE OF MEDICAL PROFESSION

The President gave the commendation while briefing newsmen recently as part of the activities to round off the association’s 20 years Anniversary Celebration/ health and academic summit held in Uyo, Akwa Ibom State on the 12th and 13th of November, 2021.

The President said Dr Adiakpan who is a Patron of the Association has been a role model to the upcoming medical Doctors, adding that his support to the activities of the Associations was the essence he was nominated for a Medical Icon Award showcasing him to be a Pillar of Medical Education in Akwa Ibom State.

The President thanked the permanent Secretary for attending the health and academic summit of the Association as a Guest Speaker, and also for supporting the Association. He also added that his value for, and kind gesture towards upcoming doctors (medical students) was not only encouraging but also gave the students a sense of belonging, and above all, it was a great motivation to do well in the profession (Medicine) after graduation.

The Medical Students’ leader also extended the same gratitude to the SSA on Health/Personal Physician to His Excellency The Governor, Dr Ignatius Akpabio for the honour accorded to them in attending and supporting the health and academic summit of the Association, noting that its a gesture they won’t take for granted. The President prayed God to bless them in all their endeavours. Media unit Office of The Executive President Naakims Worldwide.