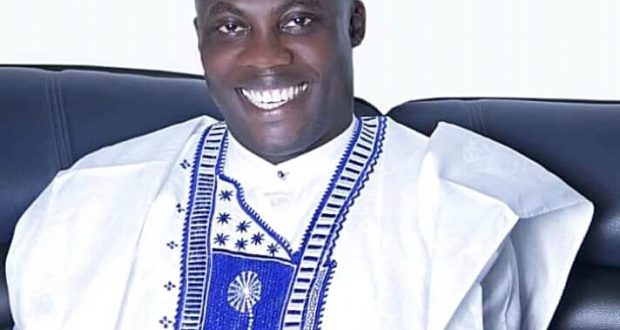 Vince Lombardi an American footballer in one of his quotes said “the difference between a successful person and others is not a lack of strength, not a lack of knowledge but rather a lack in will”, Inline with what is recorded in 2 Corinthians 8:12 ” for if the willingness is there, the gift is acceptable according to what one has, not according to what he does not have “(NIV).
Like a golden fish which has no hidden Place in the conference of many, you have been identified as a man with the WILL to help and serve humanity at all times without excuses, this can be asserted to the unexpected kindness you have shown to humanity, a feat that is rare to find.

Being a structural engineer, And the Chief executive officer of Abaringo Night. Limited, an indigenous firm that is gathering momentous in the field of others antiquity, you have walked tooth and nail to integrate the youths in the scheme of things, helping them realized their potentials.

As an ardent humanitarian enthusiast, it is not a surprise to many that your philanthropic gesture have contiund to trail torrent of goodwill from friends and foe across the country as a result of your price of hardwork, diligence and commitments to help humanity.

Having been trained and certified as an engineer, an honor done to you by prowess University, far away United States of America, you have distinguish yourself from many because of your dexterity in the discharge of your duties, which have earned you award from local and international entities based on your supperlative performance within few years of practice.

With the little resources in your disposal, you have groom maney into Independence while others are still under your tutelage, describing you as a silent achiever is an understatement of fact, because your kind are rare and your deeds have already spoken volume of you as a man with the heart of gold.

You have engraved your name boldly in the field of mainstream engineering, as a pundit who uphold to the ethics of the profession against all odds, like our former Governor, senator Godswill Akpabio who is tagged by many as “uncommon achiever” across the globe, your name Abasiono Okon is fast becoming a recalling decimal in Ikono local Government Area which i come from and gaining traction in some quarters in state as a factor to be reckon with.

Having single handedly done all these without any political affiliation or any form of gimmicks, let me therefore submit without reservation or fear of any contradiction that God deliberately prepared and sent you to bless humanity. I didn’t intend to use this short article to give account of your achievements but i however wish to join other progressive minded Ikono Indigenes to agitates for a political seat for you come 2023 to continue oiling humanity with your intimidating magnanimity as well as showcase your inner potentials.

God bless and keep you to soar higher.